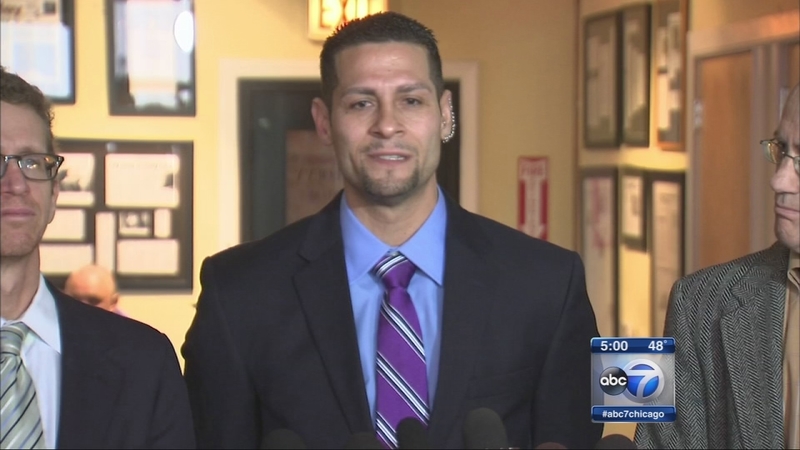 WAUKEGAN, Ill. (WLS) -- A wrongful conviction case in Lake County has settled at $20 million, the largest-ever settlement of its kind in U.S. history, according to plaintiff Juan Rivera's attorneys.

Rivera served almost 20 years for a rape and murder conviction that was reversed in January 2012 after DNA evidence led investigators to another suspect.

"I had to endure not just attempts on my life but attempted rapes and all kind of different actions that I went through in prison so yes, I'm bitter, but I'm not angry," Rivera said "To live life angry, I would just not be a happy person."

The case, which involved the murder of 11-year-old Holly Staker in 1992, went to trial three times. It was re-opened after Rivera's conviction was reversed.

"Never before has there been a wrongful conviction case where the defendants agreed without a trial to pay compensation in the amount of anything approaching $20 million," said Jon Loevy, Rivera's attorney.

"This wasn't a mistake, this was a deliberate, designed coercion of a false confession," said Locke Bowman, Rivera's attorney.

Rivera's attorneys have long argued that Waukegan police and Lake County prosecutors manipulated, even fabricated evidence to win and then preserve a faulty conviction. Prosecutors had claimed that the victim's blood was found on Rivera's tennis shoes. But it was later discovered that that type of shoe wasn't even available in the US when Staker was killed.

Rivera now has a family, a job at Northwestern, and can now afford to pay medical bills for his family. But as he says, money does not replace years lost.

"To say that $20 million is a wonderful thing, of course I can live more comfortably now, my family can, I can go to college and get my education the way I've always wanted, but I still would prefer my 20 years with my family," Rivera said.