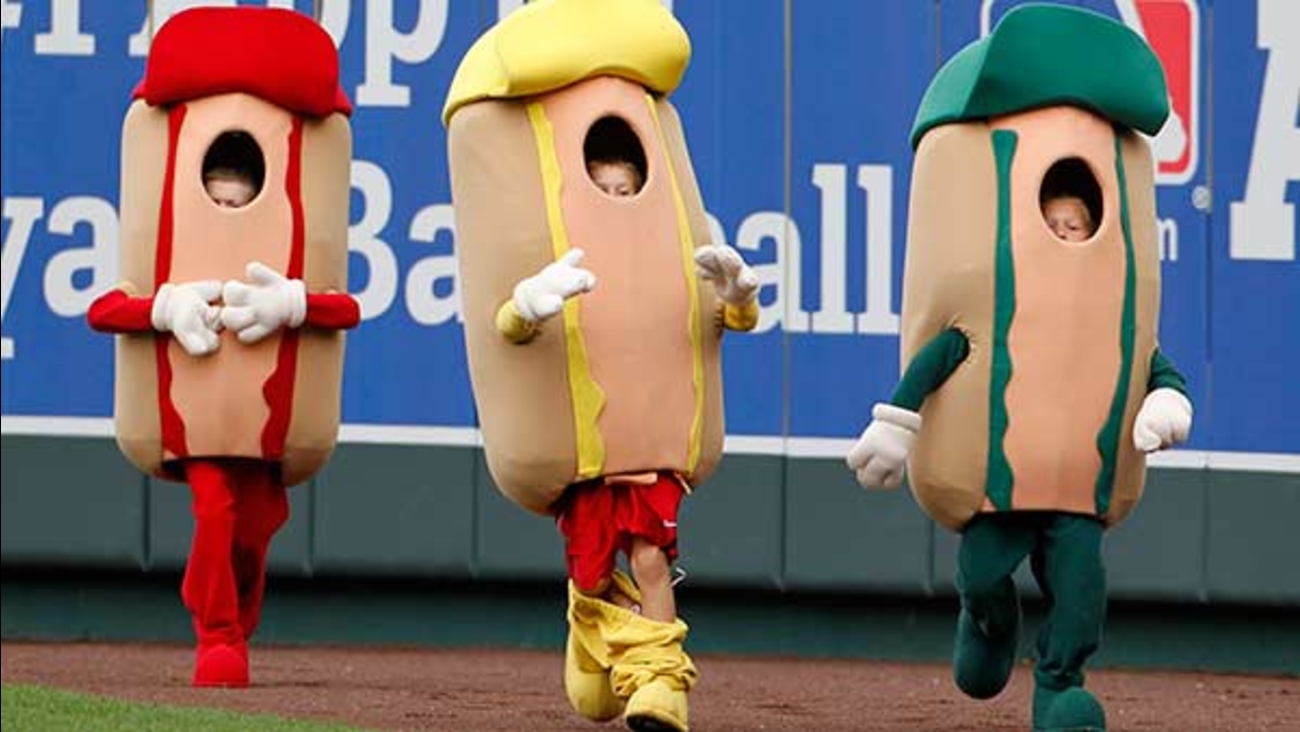 A contestant in the Kansas City Royals' Hotdog Run, center, loses his pants as they race between innings of a baseball game against the San Francisco Giants at Kauffman Stadium (AP Photo/Colin E. Braley)

KANSAS CITY, Mo. (WLS) -- Do you like mustard? Fans were rooting for the kid in the mustard outfit at the Kansas City Royals Hot Dog Derby Sunday night at Kauffman Stadium after his pants, then the whole child, fell.

It was Kids Day, so children ran in the costumes in place of adults on this day. The poor kid in Mustard went down after a wardrobe malfunction. A staffer tried to help him up, but he falls again, seemingly unable to use the costume arms to push himself up.

He lost the race, but the crowd cheered wildly for him when he crossed the finish line.

The Hot Dog Derby at Kauffman Stadium is a second-generation competition that begun as 'The Dot Race' dating back to the 1980s, the Royals website says. One of the early animated versions of 'The Dot Race' had various colored dots running past several KC landmarks on their way to the finish line at the ballpark, the site says. That video version dates back to the introduction of the JumboTron in 1990, the Royals say.

The 'Hot Dog Derby' race replaced "The Dot Race" in 2003; in 2007, the Royals introduced the live version of the Hot Dog Derby race, the Royals said. On the weekends, people in Ketchup, Mustard, and Relish costume outfits race along the warning track to the finish line near home plate.
Every season, the Royals tally up the wins for each condiment to declare a season champion.

"There have been some great battles down to the wire in several seasons - including some championship run-offs due to a tie in the standings," the website says.