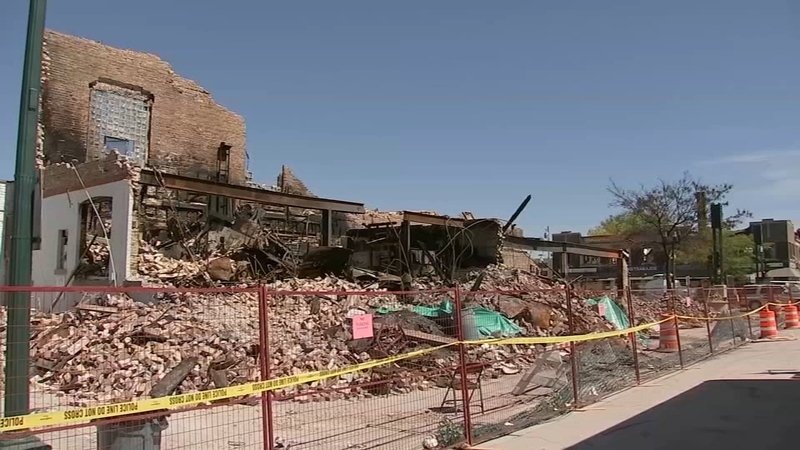 KENOSHA, Wis. (WLS) -- Kenosha business owners are sorting through the rubble and looking toward rebuilding after some protests after the police shooting of Jacob Blake turned violent last week.

The Danish Brotherhood Lodge in uptown Kenosha is now just a pile of bricks.


"A lot of blood, sweat, and tears put into this place and now it's gone," said Robert Ibsen, Danish Brotherhood member.

The building, which is more than 100 years old, burned to the ground during the unrest that followed Blake's shooting. Ibsen, 92, is a lifelong member of the lodge and heartbroken. The rubble is full of decades of memories.

"It is just a shame," he said. "Why us? We have been a pillar of this community for all the time we have been here."

"It could be as high as $50 million of losses, together with the businesses, the public infrastructure, the public buildings and what the tenants have lost," said Heather Wessling Grosz, vice president of the Kenosha Area Business Alliance.


Tony Farhan watched a Facebook Live feed of his store being looted. Later, he said, the looters lit it on fire.

"It's not just my business; half my belongings were in there," Farhan said. "The kids' clothes, luggage, a lot of stuff in storage that was either looted or burned to the ground. This is so sad. This place meant a lot to me."

He is trying to explain the damage to his four children.

"My kid wanted to sell lemonade to raise money. Trying to stay positive and help the best that they can," he said.

The basement of the Danish Brotherhood was virtually untouched by the blaze, and the group was able to save some historic items. Now, they are working to rebuild.