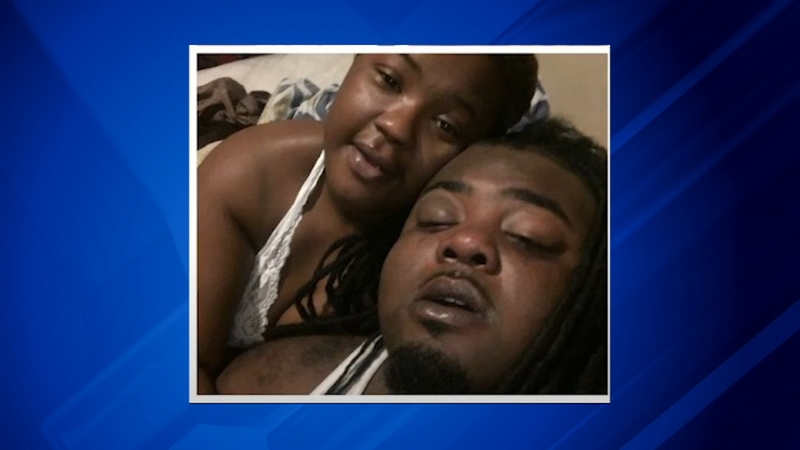 CHICAGO (WLS) -- The holiday season magnified the grief one Chicago family is feeling after an October shooting that left two small children without their parents.

Keshonda Maxey, 20, and Martice Luster, 26, were fatally shot while sitting in a parked vehicle in Chicago's Austin neighborhood three months ago. Maxey left behind a 4-year-old daughter and Luster a 6-year-old son.

Luster should've celebrated his 27th birthday Dec. 26. The Christmas tree at his aunt's house, where his son now lives, is surrounded by birthday cards that Luster will never get to read.

"We just don't feel like he gone. We just don't feel that," his aunt, Mahalia Booker, said in an emotional, exclusive interview. "My heart is aching right now and I cannot sleep. Only thing I can do is hold up one day at a time and promise him like I did to take care of his son."

Booker said she does her best to care for his son, Jacaleb, but that nothing could make up for Luster's absence at the holidays.

"Everybody could sleep and eat and have fun with they kids but this baby have to wake up every day and cry about his daddy," she said.

Though no one is in custody for the shooting, detectives recently told the family they uncovered surveillance video of the suspects.

"They told us the camera caught two guys on each (side of the) car, one on the driver side and one on the other side with Keke," Booker said.

The family hopes the surveillance video will put police one step closer to arresting the couple's killers. But as badly as Booker wants justice, she said nothing will fill the void the couple left behind.

"You took him away from his son and you took her away from her daughter!" Booker wants the killer to know. "Every night I see my nephew coming to me and I promised him I was going to get his justice, you understand me. And I'm here to get his justice."
Report a correction or typo
Related topics:
austinchicagochicago shootingfatal shootingholidayhomicide investigationchristmasdouble homicidechicago violencechicago police department
Copyright © 2022 WLS-TV. All Rights Reserved.
TOP STORIES
5 tax changes that can boost your refund this year
Chicago weather forecast includes snow into Monday | Live radar
After the omicron wave, what's next for the COVID pandemic?
Gould's FG on final play gives SF upset in Packers vs 49ers game
19 shot, 4 fatally, in Chicago weekend violence
Girl, 8, killed by stray bullet ID'd: ME
1 hurt in I-290 shooting in Oak Park: ISP
Show More
`Dreadhead Cowboy' pleads guilty to animal cruelty charge
Sen. Kyrsten Sinema formally censured by Arizona Democratic Party
St. Charles library closes after threats over mask policy
Rescuers use sausage dangling from drone to lure runaway dog to safety
National Pie Day: What is the official Illinois pie?
More TOP STORIES News