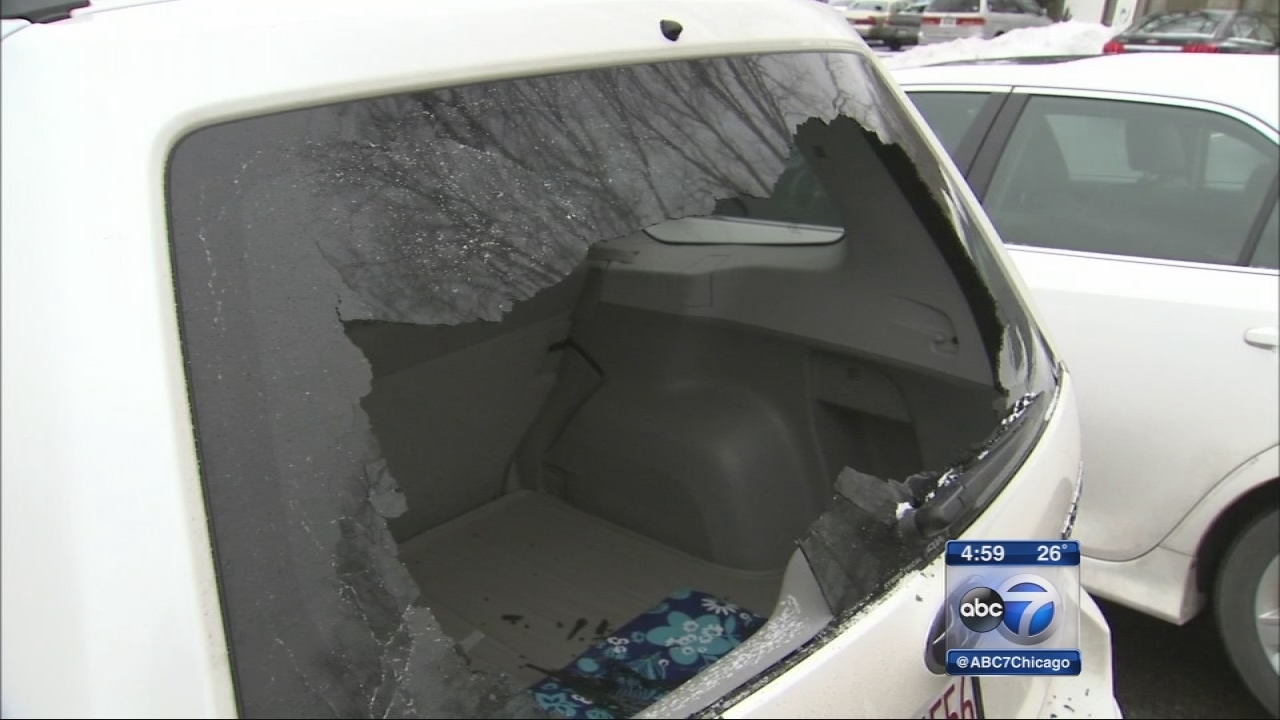 Orquidia McCarthy said her car window was smashed as she was dropping off her 4-year-old son.