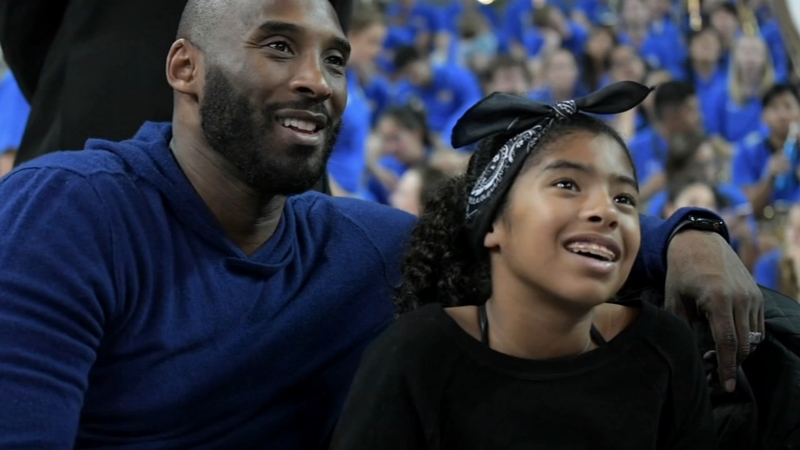 While he was an LA Laker, Kobe Bryant mentored young basketball players in Chicago and across the country. After his retirement, he became a champion for girls' and women's basketball, spurred by the passion his daughter Gianna had for the sport

To say Bryant's 13-year-old daughter Gianna, known as Gigi, was blessed with good genes is an understatement. She was a phenom on the basketball court with a bright future in the sport and a proud father who was emerging as a powerful voice for women and girls in sport.

"He had such a platform to support women and girls' athletics, and he did use it. Thankfully he had daughters," said Dorothy Gaters, coach at Marshall High School.

A legendary basketball coach herself, Gaters said Bryant was a great role model for kids, and that was on full display when he visited with Chicago Public Schools students in 2009. He held a clinic and chose the winning design for his latest model of basketball shoes. He was an ambassador for After School All Stars, a charity that assists tens of thousands of underprivileged students through sports.

"He was extraordinarily passionate about working with students, tried to touch as many lives as he can," said Ben Paul, CEO of After School All Stars.

DePaul University women's basketball coach Doug Bruno witnessed the star's impact up close as an Olympic coach in 2012. He said Bryant was one of the most competitive male athletes ever, but he was beginning to see that women athletes could be equally competitive.

Bryant was so committed to the After School All Stars program, he used his last game before retirement as a fundraiser for the group.