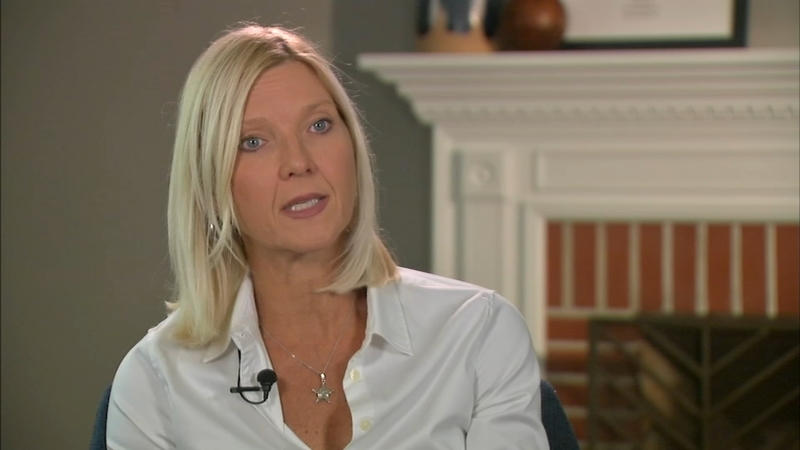 Kristen Ziman opened up more about the mass shooting at the Henry Pratt Company and how it changed her outlook on gun control.

Ziman has always had a passion for writing, so she said penning a very personal book about her rough childhood and career as a cop came naturally to her.

"My entire career all I wanted to do is fit in and I wanted to draw attention away from being a girl," Ziman said. "I just wanted to be respected as one of the guys."

Ziman started with the Aurora Police Department in 1991 as the only female cadet in her class. She earned enough respect to become the department's first female lieutenant, commander and chief before retiring last year.

Retired Aurora police chief Kristen Ziman is one of nine experts selected by the Justice Department to review the Uvalde school shooting response.

Walking away gave Ziman the freedom to write about many controversial topics in her book, "Reimagining Blue."

"The book is a very balanced view of policing," Ziman said. "I don't have blind loyalty to police officers, everyone in my department knew that."

Ziman's views on gun control changed during the funeral of Trevor Wehner, the 21-year-old intern who was one of the five people killed during the 2019 mass shooting at the Henry Pratt plant in Aurora.

"I watched his mom Bonnie stand in front of his casket as a shell of a human being," Ziman said. "It was in that moment that I thought, all of my stance has changed. We have to do something."

Besides tougher gun laws, Ziman rejects using mental health as an excuse for mass shooters. Because of her experience with Pratt, Ziman has been tapped by the Department of Justice to serve on a task force investigating the police response to the recent Uvalde, Texas mass shooting.

"We will be looking at the incident from truly a 360 view to see what happened that day," Ziman said.

Ziman's book also takes a deep dive into the racial divide and policing post-George Floyd civil unrest. She is convinced policing can be done in a compassionate and practical way.

"Even if an officer is putting handcuffs on someone, they can still treat someone with dignity and respect," Ziman said.