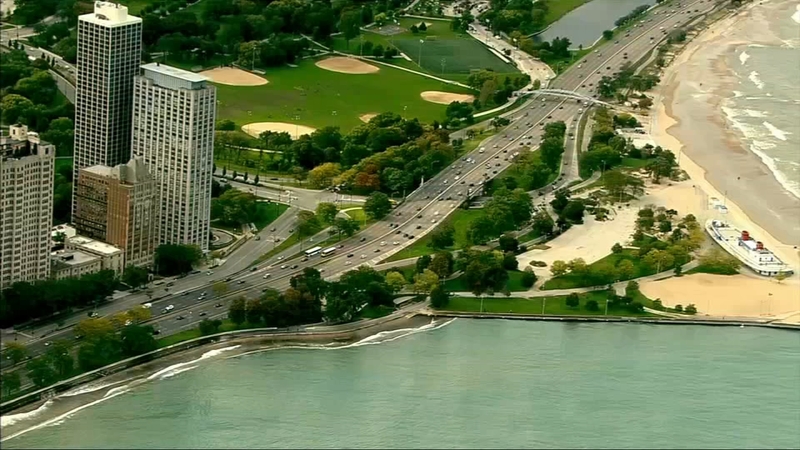 One of the items on the City Council's agenda Wednesday was to rename Outer Lake Shore Drive in honor of Chicago's first settler. A motion during the meeting has now pushed that vote back a month.

Things got testy in the chamber with the supporters yelling for an immediate vote and downtown Alderman Brian Hopkins calling for a delay, seconded by Alderman Ariel Reboyras.
The proposal was first introduced to the City Council in 2019. It was later revised to limit the name change to the outer drive, which would impact the city's harbors but not change the addresses of businesses and residences along Lake Shore Drive.

Last month, a City Council committee approved the proposal which would rename a portion of Lake Shore Drive "Jean Baptiste Point du Sable Drive." The Haitian-born DuSable is believed to be the first non-native settler in what would eventually become Chicago in the 1700s.
The change would cover the 17-mile stretch of Lake Shore Drive from Hollywood to 67th Street and has a $2.5 million price tag.

"I expected Brian Hopkins to do that because he's been opposed to it all along," Moore said. "And maybe because his constituents are, and I agree when people want to represent their constituents, I don't get mad for anybody representing their constituents. Alderman Reboyras, that was heartbreaking."

"I think there were some issues with the ordinance as it was being passed out of committee that made it legally deficient. And I believe this will give us the opportunity now to correct it, so that we can proceed forward with the renaming on stronger legal grounds," said 15th Ward Alderman Ray Moore.

The way the legal maneuvering happened has some aldermen expecting future payback.

"To then see that kind of gameship that's going on and try to stop it, I understand exactly why Moore reacted the way he did. And what's good for the goose is good for the gander out here, I guess," said 40th Ward Alderman Andrew Vasquez.

Lake Shore Drive has a storied history dating back to the 1800s, and even has songs written about it.

"It's time for a change," said Rodney. "Chicago needs a change anyway."

"It's an iconic route and you can't go changing the name," said Chris Crawford. "It's got songs written about it. It's a landmark. I got over the Ida B. Wells, the Congress to Ida B. Wells, that made sense to me, but this is a descriptive name of a valuable part of Chicago that we just can't change."

Mayor Lori Lightfoot has come out against the name change, saying it could hurt tourism and marketing. Mayor Lightfoot has proposed renaming the Riverwalk for DuSable and finishing DuSable Park.