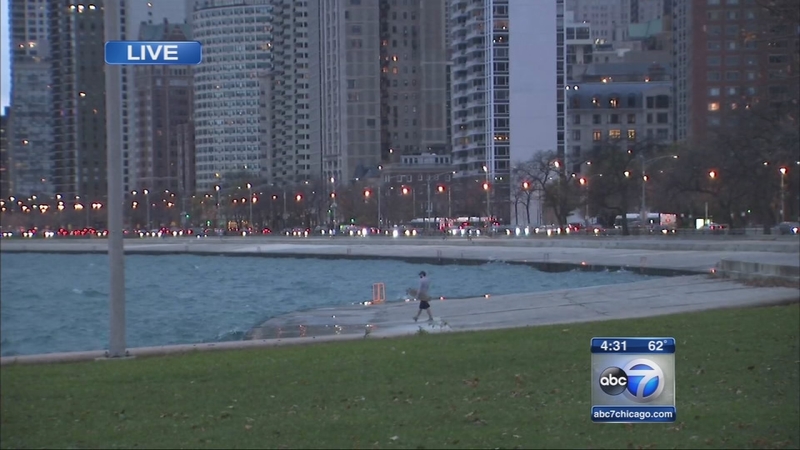 CHICAGO (WLS) -- Construction that required the closure of the southbound lanes of Lake Shore Drive at the Oak Street S-Curve overnight will not take place, according to the Chicago Department of Transportation.

That portion of the LSD construction project was postponed due to high winds. A wind advisory is in effect from 6 p.m. to Wednesday to 6 p.m. Thursday. CDOT hopes to pick up that project again on Sunday, November 15 and Monday, November 16, weather permitting.

Instead, CDOT crews may start striping the repaved northbound lanes of LSD from Grand to North Avenue, which would require the overnight closure of two northbound lanes, on Thursday.

CDOT also warns drivers to watch for crews working on curbs and gutters on the Michigan Avenue ramps during the daytime from Thursday and Friday. That work will not require mainline lane closures.

The high winds are creating numerous issues in Chicago, particularly around the city's many tall buildings. In 2002, winds blew the window washer's scaffolding loose and three people were killed. The high winds are also bad news for crane operators.

"High winds and lighting hurt us quite a bit in the construction business, but again, it's a safety factor," said Kieran Davis, Gatwood Crane Service.

Davis said a number of customers have called his company to cancel rentals for Thursday. The equipment can weigh 500 tons and rise 45 to 50 stories into the air.

With the forecast calling for high winds gusting up to 40 or 50 miles an hour in places, it makes using these cranes very dangerous.

"The wind, it just takes off like a buzz saw and you get those pieces spinning up there and it's uncontrollable," Davis said.

Davis said they can still work with sustained winds of up to 20 to 25 mph. But with gusts expected over 50 mph on Thursday, the conditions will not be safe to work.