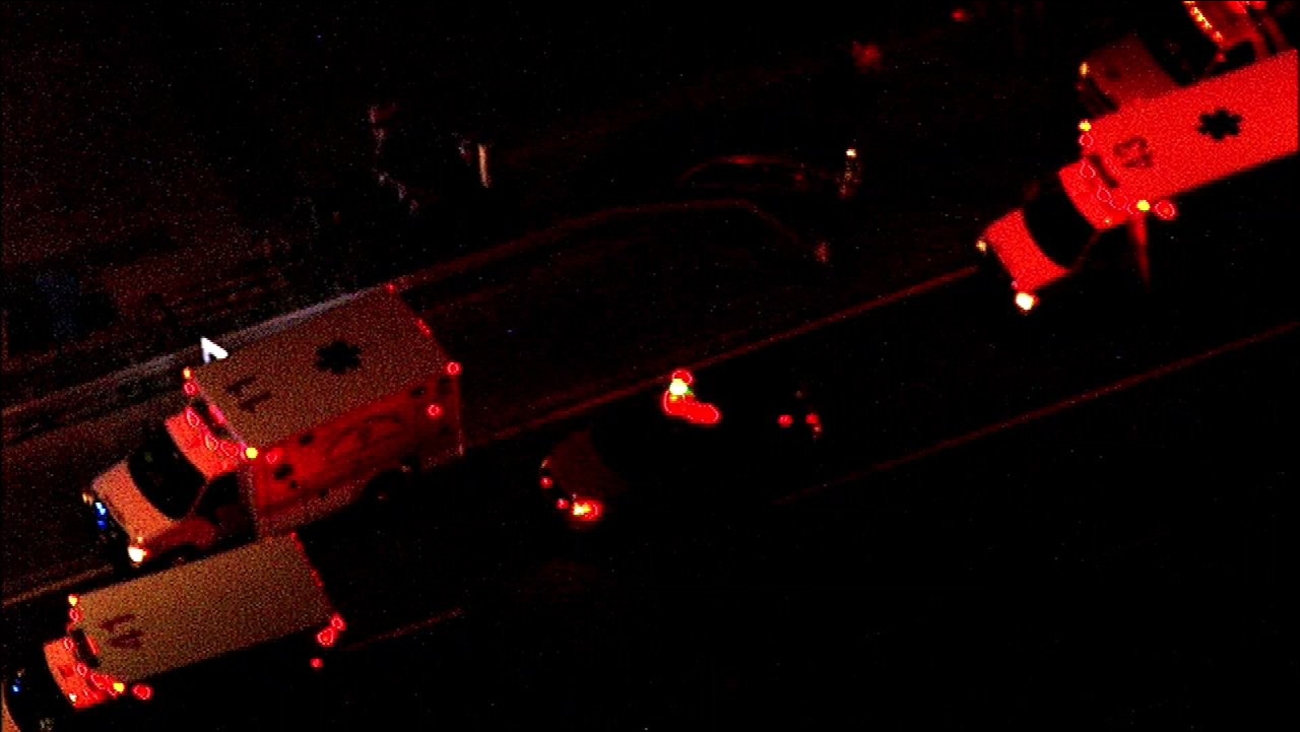 The ABC7 camera mounted on the Hancock building captured the scene as several ambulances responded to the crash on the S-curve near Oak Street Beach.