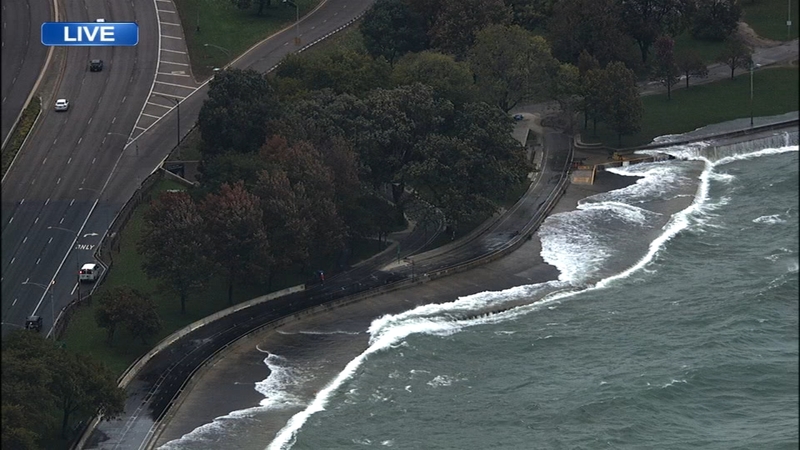 CHICAGO (WLS) -- An advisory has been issued along Lake Michigan's lakefront pedestrian trail Monday due to dangerous conditions.

Chicago Park District sent out a tweet just after 11 a.m. of their plan to close part of the trails due to high waves until further notice.

🚨PLEASE BE ADVISED: The lakefront pedestrian trail South of Fullerton Ave., and both trails between North Ave. & Ohio St. are CLOSED due to high waves, until further notice. Piers at Montrose Ave. & North Ave. are also CLOSED.

The Coast Guard Sector Lake Michigan is also reminding locals around the body of water to be aware of dangerous weather conditions.

The National Weather Service has issued a Gale warning across the entirety of the Lake and a small boat advisory along most of its shores continuing until Tuesday night, according to the Coast Guard.

The areas affected include the trail south of Fullerton Avenue, and the trails between North Avenue and Ohio Street. Officials also said the piers at Montrose Avenue and North Avenue will also be closed.

Coast guard officials advise anyone who plans to go out on the water or be near the shore over the next few days to plan accordingly. They also recommend to pre-communicate your plans with a third party, including where you intend to be and an expected return time. They said the Coast Guard can only respond to incidents if they are reported or are otherwise made aware of them.

Officials also warn of the dangers associated with structures on or near the water. Structures such as piers and break walls can have slick surfaces caused by rain or high waves, creating hazardous situations.