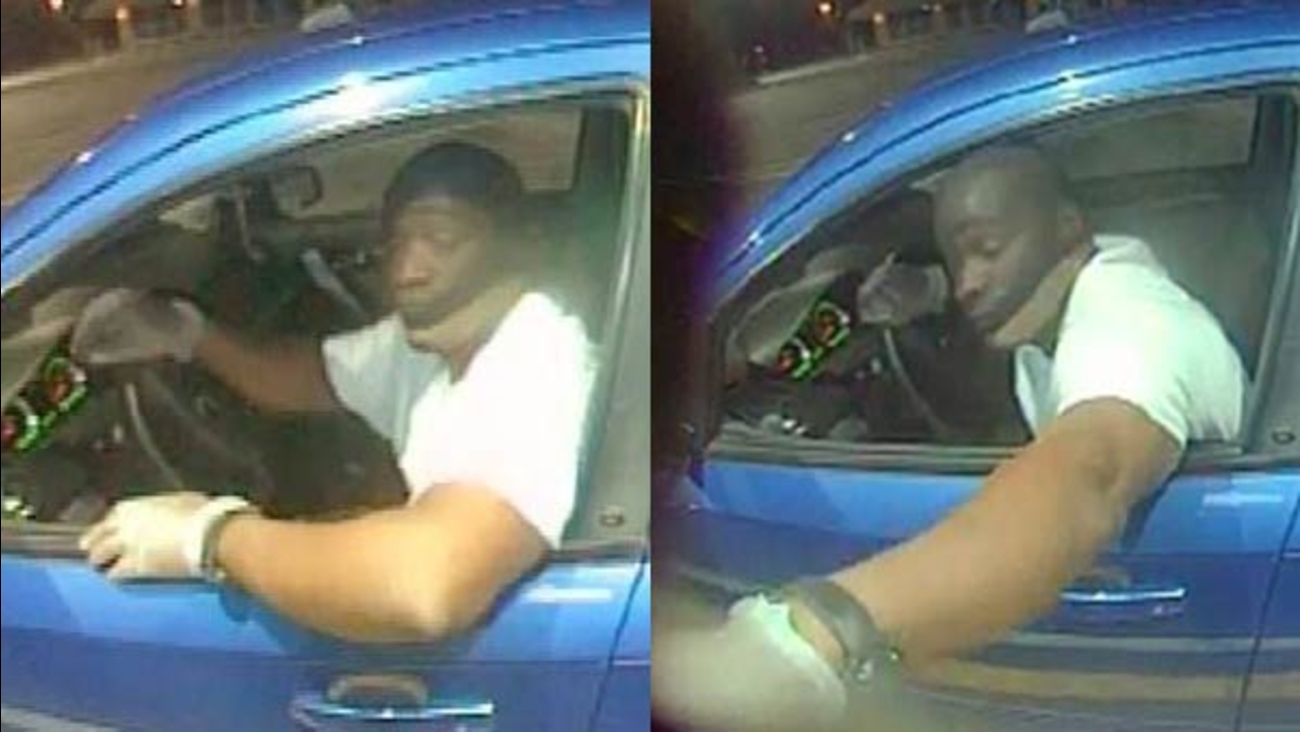 WLS
LANSING, Ill. (WLS) -- Local and federal authorities are searching for a man they say violently kidnapped a woman from her south suburban home and then drove her to Indiana.

According to a press release from the FBI, a 53-year-old woman was taken from her home in Lansing around midnight Thursday. Investigators say the suspect drove the victim in her car to Munster, Ind., then to Burns Harbor, Ind., where law enforcement were able to recover the victim.

The FBI released two photos captured by surveillance cameras at an ATM used by the suspect in Burns Harbor. He was last seen wearing a white t-shirt, light gray knit gloves, a wristwatch with a black band, and a nylon stocking over his head.

The woman kidnapped was a beloved bartender at a restaurant in Highland, Indiana.

"She's a great person," said Athina Klideris, restaurant manager. "Makes me teary eyed because no one deserves that. A hard worker, kind friend, she was family."

Klideris said the victim was at work serving customers in the hours before her abduction. They said their goodbyes inside the restaurant and Klideris says she has not seen the bartender since.

The FBI says she was violently kidnapped at her home later that night.

Friends of the victim said she remains in the hospital recovering from her injuries. Meanwhile, the suspect is still on the run and her employer wants to help.

"We'd like to set up some sort of reward to help find this man," Klideris said.

The victim's family has set up a GoFundMe account for her recovery. It has already reached $9,000.