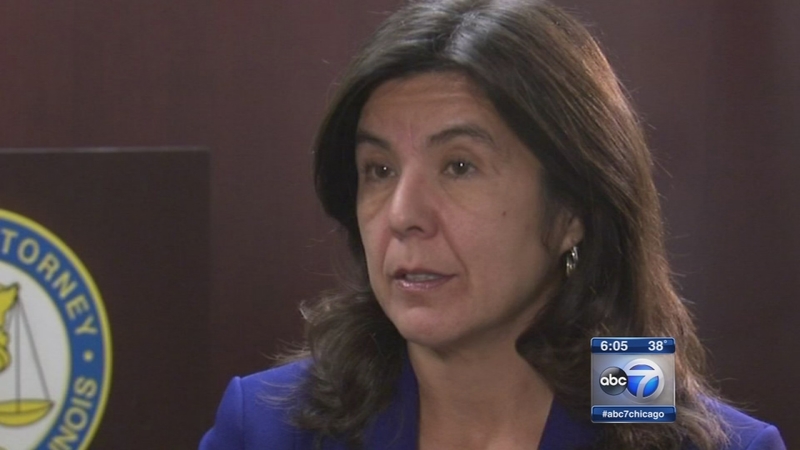 CHICAGO (WLS) -- In an exclusive interview with the ABC7 I-Team, Cook County State's Attorney Anita Alvarez says she won't make a last-minute move to block the release of a video showing a white Chicago police officer firing 16 bullets into a black teenager.

Even if Cook County prosecutors file criminal charges against the Chicago police officer before next Wednesday's release deadline, they will not ask that the video be withheld as crucial evidence.

"This case is different," according to Alvarez, who says that even though she prefers evidence to not be released before trial, the video is going to be released in this case because a judge already ordered it.

Alvarez told the I-Team that the investigation is still underway into the fatal shooting of Laquan McDonald by a white Chicago police officer on a Southwest Side street a year ago.

But the state's attorney says things changed on Thursday when a judge ruled in a civil case that it must be released. The city won't appeal that ruling, and she won't challenge it either.

Goudie: "If there are criminal charges filed by some government agency between now and Wednesday, should that be frozen and not released because it will be evidence in a criminal case?

"Well, it is evidence in a criminal case but, and again, I don't think I can comment any further than at this point, uh, other than you know, at some point, it will be released," Alvarez said.

Alvarez declined to discuss what she saw on the video, but the autopsy diagram shows multiple gunshots wounds. According to the medical examiner, there were 16 shots - some entering from the back.

The teenager was carrying a knife, according to authorities, and was shot while officers responded to a report of vehicle break-ins at a trucking yard.

On Friday, Alvarez joined U.S. Attorney Zachary Fardon at a community event on the West Side along with Chicago Police Supt. Garry McCarthy, who doesn't think the video should be released during an investigation.

McCarthy went on a shuttle diplomacy mission around the city Friday morning in a private meeting with restaurant and bar owners, offering assurances that the department is prepared.

McCarthy said in a statement Friday night: "As you have seen over the past few years, CPD works tirelessly to protect people's First Amendment rights and residents of Chicago have exercised those rights in a peaceful way.

The I-Team asked federal authorities if they would go to court to block the release of the video. A spokesman for U.S. Attorney Zach Fardon said they would stay away from commenting on that.

The Cook County state's attorney will have more to say on this next week.