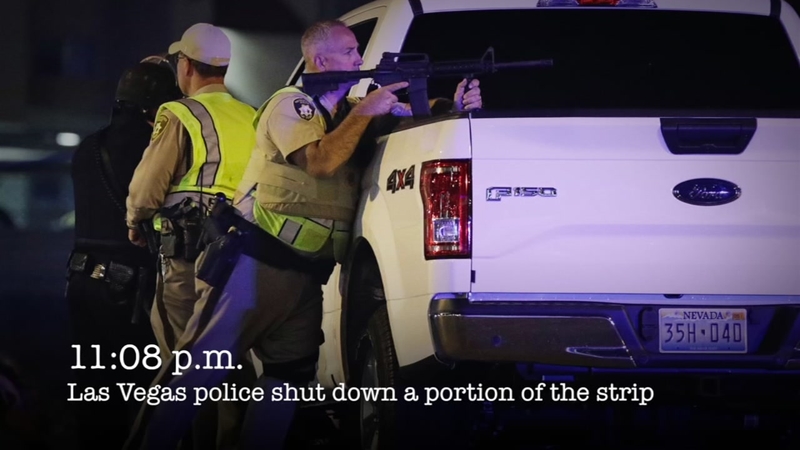 LAS VEGAS -- It is still an active scene on the Las Vegas strip after a gunman opened fire on thousands of concerts goers at the Route 91 Harvest Music Festival.

Country music star Jason Aldean was headlining the evening's concert lineup and was onstage when the shooting began.

Here's a look at the timeline of events as the tragedy on the strip unfolded.

10:08 p.m. PT - First call to dispatch for reports of shots fired at the Route 91 Harvest Festival outside Mandalay Bay Hotel and Casino on the Las Vegas Strip

2:13 a.m. PT - Police looking for roommate of shooter as person of interest in attack

3:55 p.m. PT - House observed a moment of silence for the victims of the Las Vegas mass shooting

5:00 p.m. PT - Candlelight vigils are held for the victims of the shooting.