Families of those who died from COVID-19 at vets home in LaSalle, IL speak out: 'They had no plan' 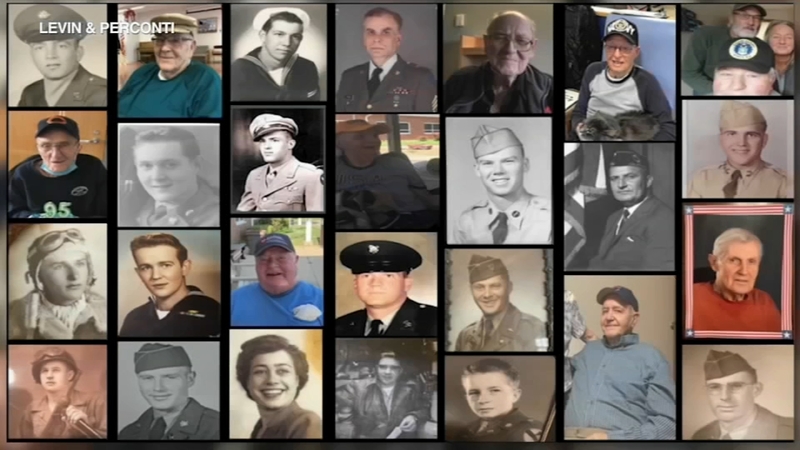 Families of those who died from COVID-19 at vets home in LaSalle, IL speak out: 'They had no plan'

It was during an outbreak that took place in November 2020. Several months after long-term care facilities had shut down to outsiders, and put in place protocols that should have prevented such a devastating loss.

On Tuesday, a handful of those still-mourning families came together with their attorneys to announce the filing of 27 individual lawsuits against the State of Illinois, The Illinois Department of Veterans and the facility itself.

"When we placed him (George Ouimet) in LaSalle, we basically rejoiced, we thought we had found a place where he could spend the rest of his years," said Rich Cochran, Ouimet's son-in-law.

The lawsuits allege the veterans' home failed in its duty to provide care or follow basic COVID safety protocols.

"It was the result of negligence. That part of it will never sink in," said Lara Lundquist-Schuler, daughter of a victim.

Jill Funfsinn lost her grandfather, Jerome Liesse in the oubreak.

"We just kept trying to reassure him that this is the safest place for you. They're trying to keep you safe. This is all going to end soon," recalled Funfsinn.

Unlike most lawsuits, this is one where the plaintiff, provided the families with all he ammunition they needed. The state Investigating itself in the aftermath of the tragedy.

"In many cases they weren't wearing masks, they had no hand sanitizers, they didn't even have morphine ordered by a doctor to mitigate the painful death many of our clients suffered," said Levin.

That patient was Korean War veteran Richard Cieski., whose family, like countless others, was forced to say goodbye through a glass window.

"That's the hardest ,knowing he suffered for so long to breathe, and knowing he was alone," said Cieski's granddaughter, Lindsay Lamb. "These men didn't deserve to die alone. They were there to be taken care of."

The Governor's office said Tuesday, corrective actions have already been taken, and those responsible for the outbreak have been held accountable. But it issued no mention of the lawsuits, which were only filed after negotiations between the families and the Attorney General's office broke down. Unable to reach a compromise on what represents adequate compensation for their loss.

A spokesperson for the Attorney General said in a statement: "We will not conduct negotiations in the media, and we are committed to achieving a just and appropriate resolution that demonstrates respect for the families who have suffered a loss and accountability to the taxpayers of the state of Illinois."

A state inspector general's report last year found those deaths could have been prevented.

Before the lawsuits were filed, the attorneys tried to settle with the state, but the negotiations broke down over an appropriate level of compensation.