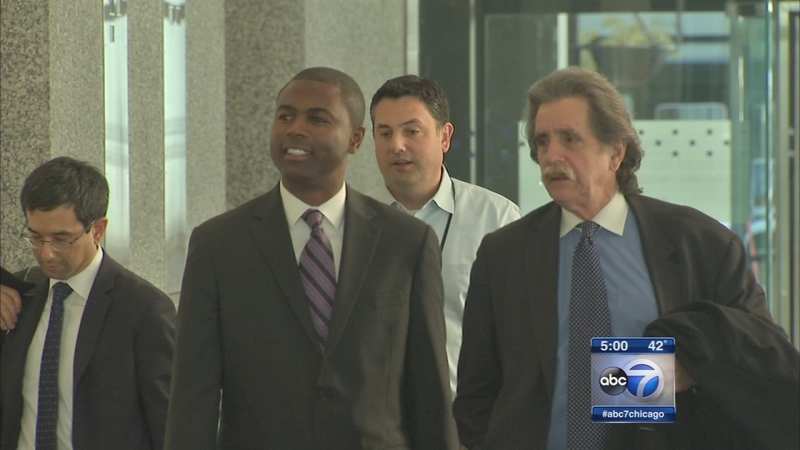 CHICAGO (WLS) -- The case United States of America vs. LaShawn Ford began with critics claiming that the government had ballyhooed a fairly minor tax case into a prize of political corruption.

State Rep Ford was looking at the possible end of his political career and time behind bars. Now, two years later, there is a far different ending.

Ford was sentenced to six months' probation after he plead guilty to a misdemeanor tax charge. He has also paid his owed back taxes and will complete 100 hours of community service.

Rarely do defendants in federal court have anything to smile about. But West Side State Rep LaShawn Ford had hoped his sentence would be for probation.

He stood before Judge Rebecca Pallmeyer, who said she has little sympathy for those who don't pay their taxes. But Judge Pallmeyer also said that what Ford did was fundamentally a mistake and, "I'm very pleased I don't have to send you to prison."

"I just want to say Hallelujah and praise the Lord for a system and ability to look to a system and see it's possible to receive justice," Ford said after his sentencing.

Ford was first indicted two years ago on 17 counts charging him with lying about money he spent on a real estate rehab and then underpaying his taxes by $3,800. His attorney and others argued that prosecutors were just hunting for a political scalp. Three months ago the government dropped the felony counts without explanation.

"For the government to acknowledge that it would reconsider and reverse course is a very extraordinary event," said Ford's attorney, Tom Durkin.

Ford has admitted and expressed regret for an error in judgment. He is paying the back taxes he owes, and offered an abundance of praise.

"We need people like new U.S. Attorney Fardon to say that we're taking this country in a different direction and we're not gonna put people in jail that should not be in jail," he said.

Ford was re-elected to the Illinois General Assembly on Tuesday without opposition. He said the governor-elect didn't name anybody from the West Side to his transition team, and thinks he ought to do that.