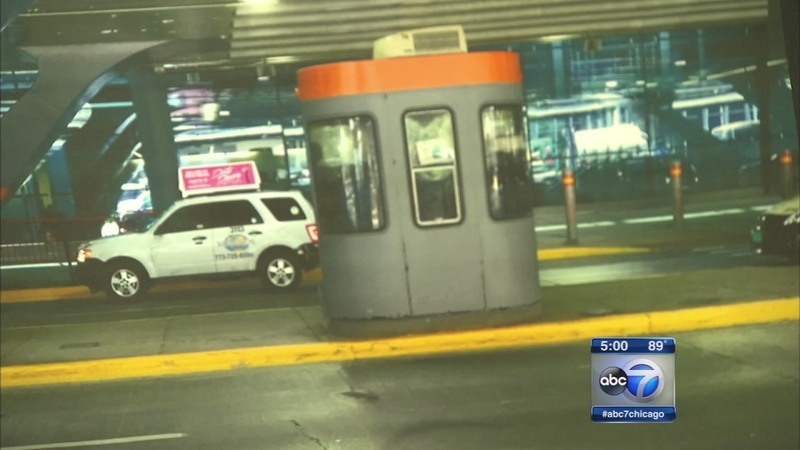 Tierney Darden, 24, was seeking shelter from a storm when the shelter fell on her. The college student and dancer no longer has use of her legs.

Darden and family members were returning home to Mundelein from a sister's wedding preparation in Minneapolis on August 2 when a storm suddenly confronted them as they waited at vestibule 2C for their dad to pick them up.

They took cover behind the shelter outside O'Hare's Terminal 2, but it collapsed backward on top of them, severing Darden's spine.

"I have this structure above me, I can hold it now, but as I am looking to my side and looking underneath, I see her and she is on her knees," Tierney's mother, Trudy Darden said. "Her legs are underneath her and this thing is sitting right on top of her back."

The family is suing the city and Department of Aviation for what its legal team says will be several million dollars.

"They failed to properly secure this particular shelter to prevent it from becoming detached and striking pedestrians it was built to protect," said attorney Tara Devine.

The family says pictures of the shelter, taken soon after the incident prove the base was rusty.

The Truman College student was a dance aficionado, performing since high school. Her agility may have saved her mother's life.

"Until she goes, 'and I can't feel my legs and I can't move, and I can't move this thing,' and she is screaming for people to help. And I know if she had fallen like that and taken the brunt on her back, it would have crushed both of us," Trudy Darden said.

"It was the shelter that wasn't safe and now this one woman's life has been changed forever," said Devine.

"Everything she does is legs," said David Darden.

"She annoyed her sisters because she wouldn't stop dancing around in the bridesmaid's dresses and we'll never see that again," said Trudy Darden.