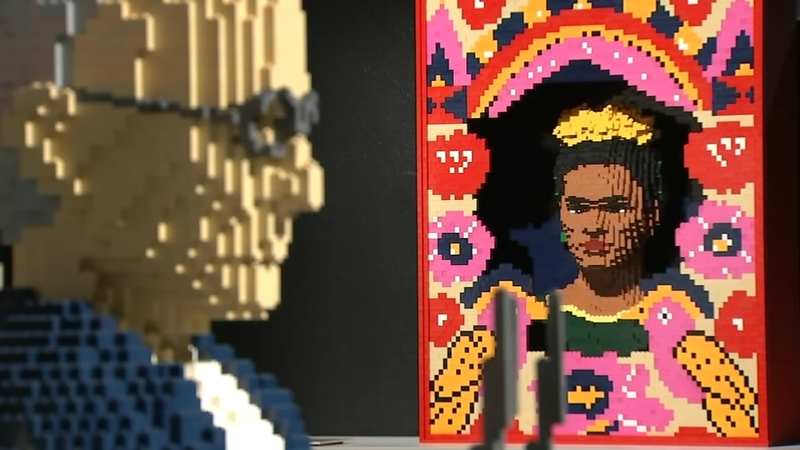 MSI brings Lego exhibit 'Art of the Brick' to Chicago

"I plan out, in my mind at least, what the final piece is going to look like even before I put down that first brick," brick artist Nathan Sawaya said.

Brick after brick is glued together to create new interpretations of the world's most famous art all at the Museum of Science and Industry thanks to Sawaya.

"People know Lego, so when they see this type of art, they can kinda connect to it," Sawaya said.

The "Art of the Brick" - billed as the largest display of Lego art in the world - opened Thursday at the Museum of Science and Industry.

Squint a bit and you may think you're at the Art Institute instead. There's American Gothic in 3D, and Frida Kahlo, Van Gogh's Starry Night, Michelangelo's David, and The Venus de Milo, even the Mona Lisa in Lego.

"I just think it's really interesting how something so simple as a Lego piece can create something so different from what we're used to seeing," said MSI patron Celeste Garcia.

Sawaya started his career as a lawyer in New York before devoting himself full time to Lego art and inspiration.

"Seeing their faces, seeing their smiles, hopefully inspiring them to be a little more creative in their lives. Because as an artist, I want to inspire," he said.

And it's more than reinterpretations of famous artworks. Each original piece from has thousands upon thousands of Lego bricks in it, the artist ABC 7 he has a standing order of a quarter million bricks from Lego per month and a stockpile of 10 million bricks at his artist studio.

And at the end, big and little kids can build to their hearts content with Lego themselves.