'All that energy running through me': Teen survives Sheridan lightning strike; 3 others injured by lightning on July 4th

An 18-year-old man was one of four people injured by lightning in the Chicago area on the Fourth of July. He was preparing to watch fireworks in a park in Sheridan when a tree he w

CHICAGO (WLS) -- At least four people were injured by lightning strikes in the Chicago area as they were watching fireworks on the Fourth of July.

A 4-year-old girl was struck by lightning Wednesday evening in Sheridan, Ill., which is located in LaSalle County, about 65 miles southwest of Chicago. Dawson Fuller, 18, was also injured in the incident.

Sheridan Fire Chief Kurt Tirevold said they were both standing next to a tree when lightning struck. Both victims were critically injured. Tirevold said the girl likely received a direct hit, and Fuller received ground shock.

"We went up into Sheridan to watch the fireworks," he recalled.

Fuller and his girlfriend never got to see the show. He said he was following his girlfriend back to their spot when they passed under the tree as lightning struck.

"I guess the lightning must have struck. She flew forward and fell on her face and I must've flew backways," Fuller said.

The shock knocked Fuller and the 4-year-old girl unconscious.

"I just seen one man laying there and a woman screaming," said Briana Hoops, witness.

"They said I went into cardiac arrest, they had to revive me, do CPR on me. I don't remember absolutely any of that," said Fuller.

He recalled coming to in the ambulance.

"I woke up out of cardiac arrest and I was freaking out. I didn't know what was happening, all the energy running through me," he said.

Fuller was was transported to Valley West Hospital in Sandwich and later transferred to Northwestern Medicine Kishwaukee Hospital in DeKalb. He was released from the hospital Thursday evening with just a few aches and pains.

St. Charles Fire Captain Darin Peterson, Plainfield Firefighter Paramedic Eric Watkins and a physician tended to the child. They were performing CPR on her when emergency crews from the Sheridan Fire Protection District arrived. Tirevold said they likely saved the girl's life.

"CPR within that first minute is probably what helped them out tremendously. I can't emphasize that enough," Tirevold said. "Everybody was at the right place at the right time. Immediate CPR. You can't beat it."

The child was transported to St. Elizabeth Hospital in Ottawa and later transferred to Peoria Hospital, Tirevold said.

Tirevold said the victims are not related. Both patients were alert when they first arrived at the hospital.

The lightning struck around 7:45 p.m., as people gathered for a fireworks show at Robertson Field near East Church Street. Tirevold said the tree likely served as a conductor. He also said it was fortunate that more people weren't injured by secondary shock.

Many people said they felt the impact of the strike from many yards away. Tree bark was scattered across a large area at the base of the tree.

"That was extraordinary. I never felt so much force. It blew my hand off my truck door," said Melissa Herring, a witness.

Tirevold said he was not aware of any plans to cancel or postpone the fireworks display because of severe weather. ABC7 Eyewitness News reached out to the village for comment.

Chicago fire officials said around 10:30 p.m., paramedics transported her in serious condition to Northwestern Memorial Hospital, where her condition stabilized.

Storms forced officials to cancel the annual Fourth of July celebrations and fireworks show at Memorial Park in Joliet Thursday night. Click here to see a full list of re-scheduled fireworks shows in the Chicago area.

"I think people for the most part were totally fine with it and agreed it was a safety issue with the lightning," said Mary Jaworski, Joliet Region Chamber of Commerce.

The show has been rescheduled for Thursday night at 9:20 p.m.

"Our fireworks are a huge community project. Our businesses are what actually fund the show," Jaworski said.

Joliet was one of several communities that postponed their celebrations because of weather. Oswego's show in the sky will also now take place Thursday night.

"We are working really closely with our fire and police departments, and also with the county emergency management agency to monitor the conditions. We've got about a 15 percent of weather tonight, so we're going to attempt because it's our last opportunity with our pyrotechnics contract," said Jenette Sturges, Oswego community engagement coordinator. 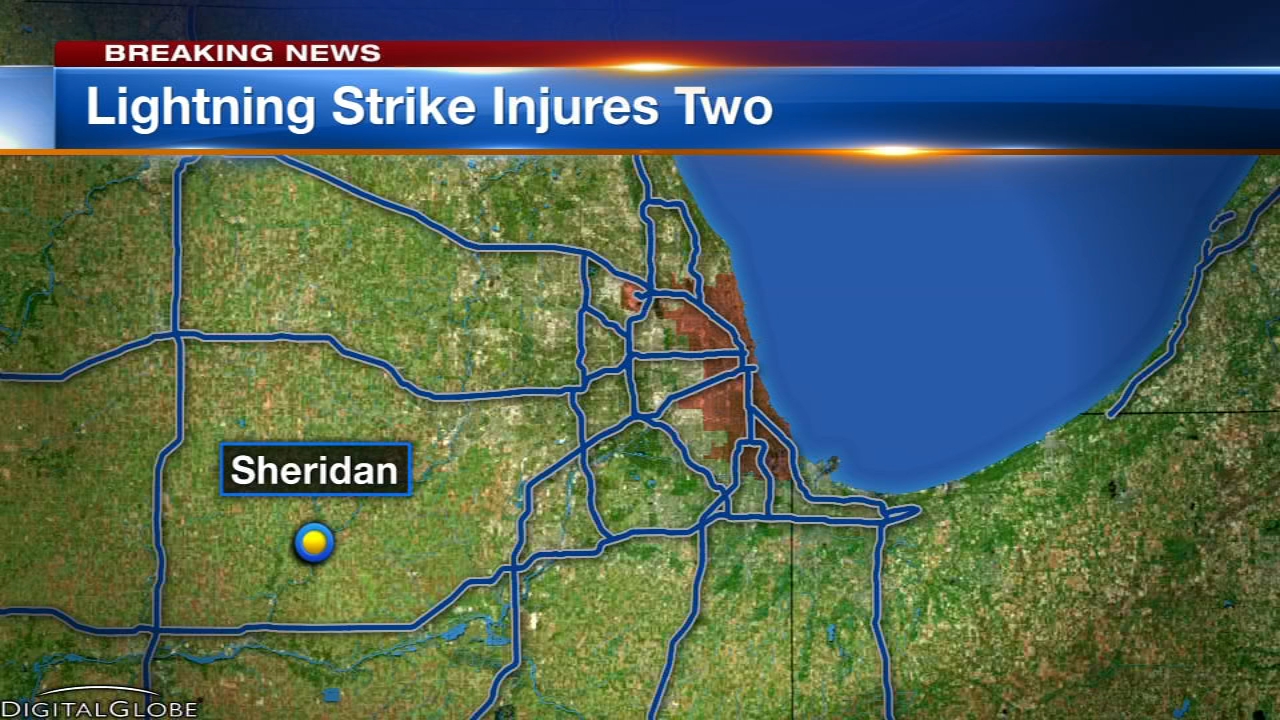