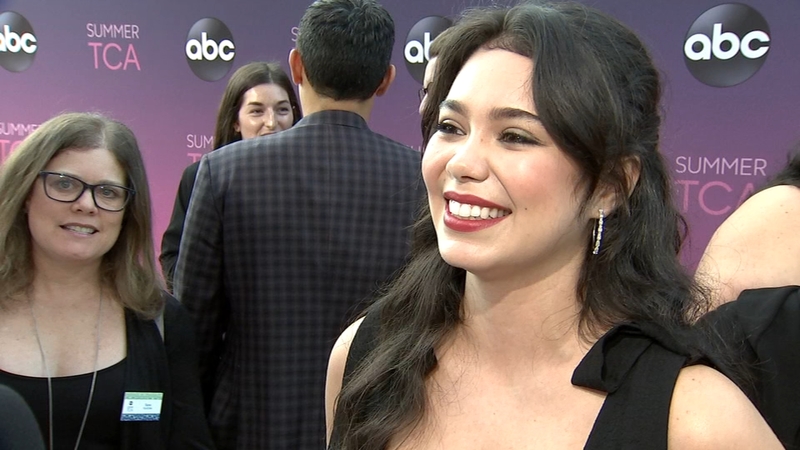 CHICAGO (WLS) -- "The Little Mermaid Live" will be performed in a multimedia extravaganza with an all-star cast!

"The Little Mermaid" debuted as a mega movie hit 30 years ago and was then turned into Broadway smash. Now it's about to become a live television event, a dazzling celebration of the story that's captivated generations.

ABC7's Janet Davies talked to the young star who plays Ariel and the rapper who's her crabby sidekick about this challenge.

"Well, my first film was Moana, where I didn't have to worry about my face, and now this is live, but I do get to play Ariel, which is part of your world and I'm so excited for that song," Auli'i Cravalho said. "I wasn't alive when it was released, but I'm still excited!"

Shaggy is Sebastian, the Calypso crab with attitude "Under the Sea"!

"Sebastian is Caribbean and I'm Caribbean, I'm glad to be a part of it as a Jamaican, all of that builds to the excitement and just getting out there," Shaggy said. "I mean, I have 3 daughters, I didn't just watch that movie once, I watched it over and over and over and at some point while you're watching it, you gotta get into the singing of it."

"The Wonderful World of Disney presents "The Little Mermaid Live!" on Tuesday, November 5th at 8|7c on ABC.