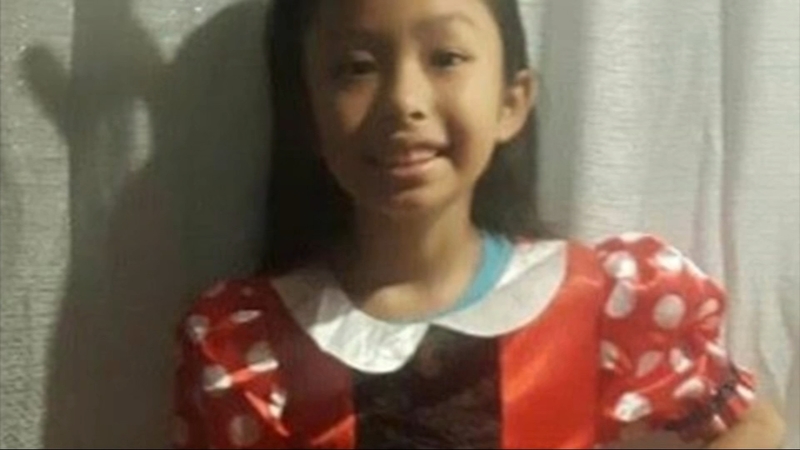 CHICAGO (WLS) -- The 7-year-old girl who was shot in Little Village while trick-or-treating on Halloween has been upgraded to fair condition, her family said Monday.

Gisselle was shot in the neck and chest. Her family isn't quite sure if she remembers what happened before she woke up in a hospital bed.

It had been snowing, and the family said her father almost didn't take the kids out.

"He said that he peeked outside on 26th Street and saw that it was full of kids and figured, 'I might as well take my kids out for a little bit,'" Castillo said.

Police said the teen was wearing a Jason mask, from the "Friday the 13th" movies, at the time of the shooting.

Prosecutors said that the juvenile suspect dropped the gun after the shooting then urinated on his hands to get the smell off. He allegedly hid the gun in a nearby alley and gave his hoodie to a friend to hide.

A juvenile court judge first decided over the weekend to keep the teen in custody. When the teen appeared again for a hearing Monday morning the judge decided to keep him in custody at a juvenile detention center. His next hearing is on November 26.

Her family released a statement thanking the community for their support:

"The family of the 7-year-old girl shot in Little Village on October 31st is pleased to report that her condition has been upgraded to fair. She is resting and watching her favorite TV shows. Her parents are immensely grateful and overwhelmed by the love and support they have received and continues to request their privacy while they focus on her recovery. No interviews will be granted at this time."

Gisselle's family said she is slowly improving, watching movies and taking comfort from her parents.

"Yesterday she was playing with a Moana doll as we were there with her. Her mom was mostly handling it for her," said Castillo.