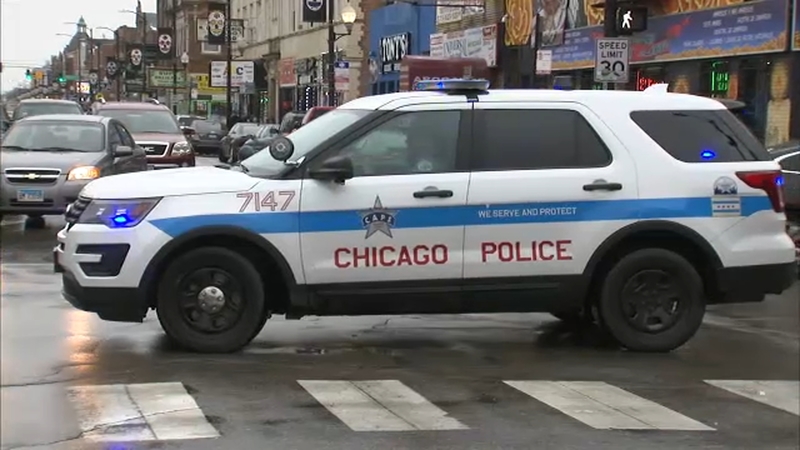 CHICAGO (WLS) -- A man shot by Chicago police in the Little Village neighborhood Friday as officers responded to a call of shots fired has died, according to officials.

Police said officers responded to shots fired at W 24th Street and S Hamlin Avenue around 12:30 p.m. When they arrived near the scene, they said they saw a gray Ford Focus fleeing.

Officers attempted to stop the car, which ended up crashing into a pole.

That's when police said the driver, who was armed, got out of the car and ran away. Another man and a woman were also seen running from the vehicle.

During the chase officers fired multiple shots, hitting the man in the buttocks, according to officials.

Two guns were recovered at the scene, according to police. A revolver was found at the location where the suspect was shot and a semi-automatic handgun was discovered in the backseat of the Ford Focus, where a second man was taken into custody.

The woman who fled the scene is still on the loose, police said.

All the evidence will be turned over to the Civilian Office of Police Accountability, officials said.

Officials said a man suffered a graze wound to the head from the initial shooting that prompted the police response. He is said to be in good condition at a hospital.

The officers involved in the incident were not struck by gunfire, but were taken for observation, officials said.

Currently, the specifics of this incident, including the comprehensive use of force investigation, are being investigated by the Civilian Office of Police Accountability with the full cooperation of the Chicago Police Department.

The officer(s) involved will be placed on routine administrative duties for a period of 30 days, CPD said.