'Live in Front of a Studio Audience' returns tonight for 3rd special: See the cast 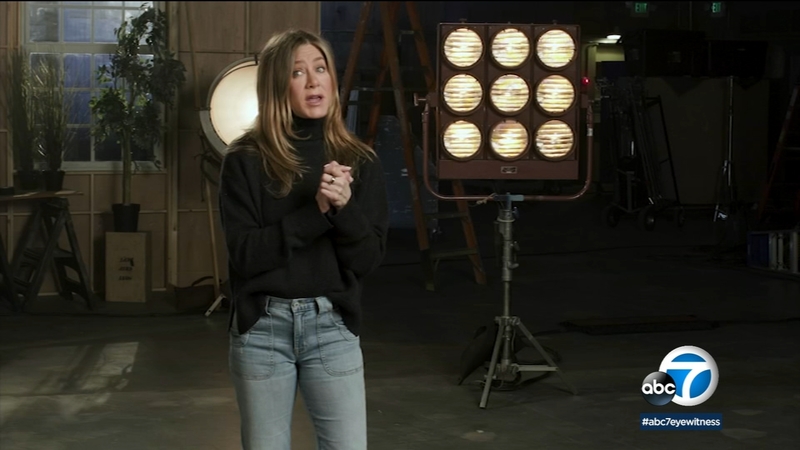 'Live in Front of a Studio Audience' back tonight

LOS ANGELES -- "Live in Front of a Studio Audience" is back tonight! The third iteration of "Live" will re-stage classic episodes of "The Facts of Life" and "Diff'rent Strokes."

Jennifer Aniston, Gabrielle Union, Allison Tolman and Kathryn Hahn have joined the cast of the next "Live in Front of a Studio Audience" special on ABC, Jimmy Kimmel announced last week on his show. They are all slated to appear in the "Facts of Life" episode, with Aniston playing Blair, Union playing Tootie, Tolman as Natalie and Hahn playing Jo. Ann Dowd was previously announced in the role of Mrs. Garrett.

"I cannot imagine a better group than Jennifer Aniston, Allison Tolman, Gabrielle Union, Kathryn Hahn and Ann Dowd, and I can't wait to do their hair," Kimmel, one of the show's executive producers, said in a news release.

Kimmel teased on his talk show Monday night that there would be additional "surprise appearances" during the special. It was announced later in the week that Jon Stewart would be joining the cast in a surprise role.

JUST ANNOUNCED: Jennifer Aniston (Blair), Gabrielle Union (Tootie), Allison Tolman (Natalie) and Kathryn Hahn (Jo) join the cast of “Live in Front of a Studio Audience: ‘The Facts of Life’" airing on @ABCNetwork on Dec 7 at 8p|7c, and next day on @hulu. pic.twitter.com/PF3HDUJ4DX

Two previous "Live in Front of a Studio Audience" specials in 2019 presented live episodes of Lear's sitcoms "All in the Family," "The Jeffersons" and "Good Times." According to figures provided by ABC and Sony, the most recent Dec. 2019 episode reached nearly 13 million viewers across broadest and digital platforms.

"Other than with my family, there's no place I'd rather be in my 100th year than on a soundstage at Sony with these glorious actors reliving what our company had produced all those years ago and sharing it with the millions of viewers who could use a little laughter," Lear said in a news release earlier this month.

Sandy Kenyon breaks down the third iteration of "Live," airing Tuesday, Dec. 7, on ABC, which will re-stage episodes of "The Facts of Life" and "Diff'rent Strokes."