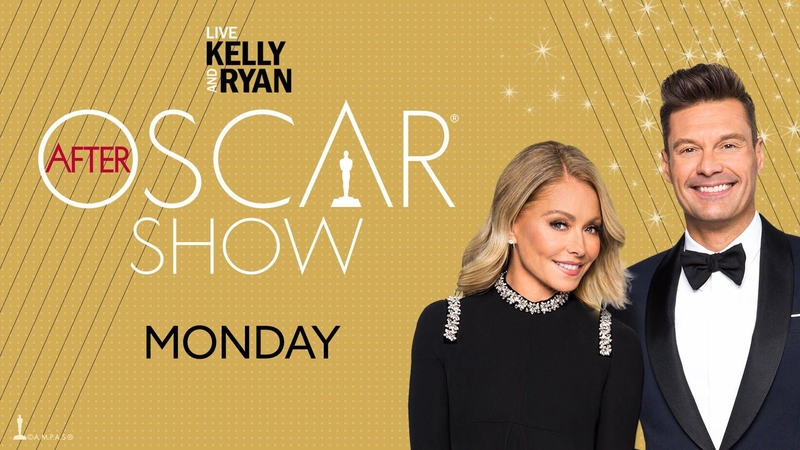 'Live' preps for 'After Oscars Show' that has become annual tradition

NEW YORK -- After Hollywood's biggest night comes TV's most glamorous morning, and the "Live with Kelly and Ryan" post-Oscar show will once again feature the hosts talking with the winners moments after the picked up their trophies.

It's become an Oscar tradition, placing Kelly Ripa and Ryan Seacrest in the middle of movies nominated for the industry's top prize.

"Hopefully, this piece will make people laugh, it'll make people smile," Seacrest said. "Obviously we'll celebrate the Oscars, and it will be an opportunity for people to make fun of us, which we love. It's kind of our sweet spot."

The Oscars red carpet is being rolled out for the first time since the COVID-19 pandemic struck just a few weeks after the 2020 Academy Awards. Sandy Kenyon previews this year's event.

The co-hosts get to make like movie stars the morning after the big Academy Awards broadcast on ABC.

"Ryan is one of the great unsung actors in show business," Ripa said. "And had he wanted to take 90 to 98% pay cut, he would have been a great actor."

Their chemistry matched by their commitment, and the faces of the winners may change, but the result is the same: A chance to share in a moment of showbiz history.

"They are the most version of themselves in that moment," Ripa said. "In the moment, after they've won the Academy Award and they come off stage, and reality has set in that they forgot to thank their mom or their agent, or their spouses."

Even if a win is predictable, as Will Smith's would be if he takes home Oscar gold, actually winning is still a shock -- and that makes for great TV.

Pamela Martin served as "King Richard's" Editor. Female editors have been working in Hollywood since the birth of the movies.

Executive Producer Michael Gelman and his staff have just a few hours to get ready.

"We don't know what we're going to do until the show goes on the air," he said.