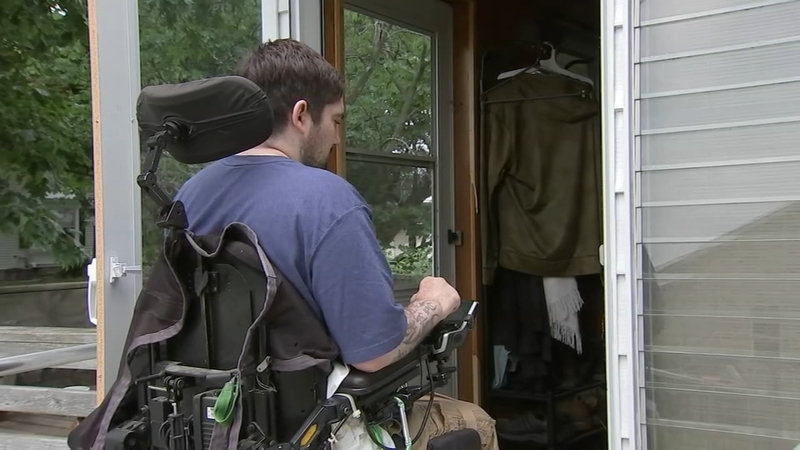 Veteran wins $41M judgement against bar where bouncers paralyzed him

YORKVILLE, Ill. (WLS) -- A longtime Marine veteran won a judgement of just over $41 million against the Plano bar where bouncers broke his neck and paralyzed him when they threw him out.

Logan Bland uses a motorized wheelchair these days, taking it up a big ramp to a side door in his mother's home. Danielle Hahn serves as his full-time caregiver ever since his injury nearly six years ago.

"I don't like to say it ruined my life," he said, though admits he has lost a lot as a result.

The incident happened at a now-closed bar in Plano in 2015. Video from the bar's security cameras shows several large bouncers carrying Bland, who is intoxicated, out of the bar. Though it's difficult to see on the video, a short time later one picked him up and flipped him over. He landed awkwardly and suffered a broken neck.

Bland said he never put up any resistance at the bar, and his attorneys argued the bouncers had no reason to hurt him.

A jury ruled in Bland's favor last week, awarding the largest amount of damages in Kendall County's history. The money will allow him to hire more help and move into a more accessible home.

Bland said the verdict is also important because it confirms the truth about what happened that night: that he posed no threat and bouncers had no reason to get physical with him.