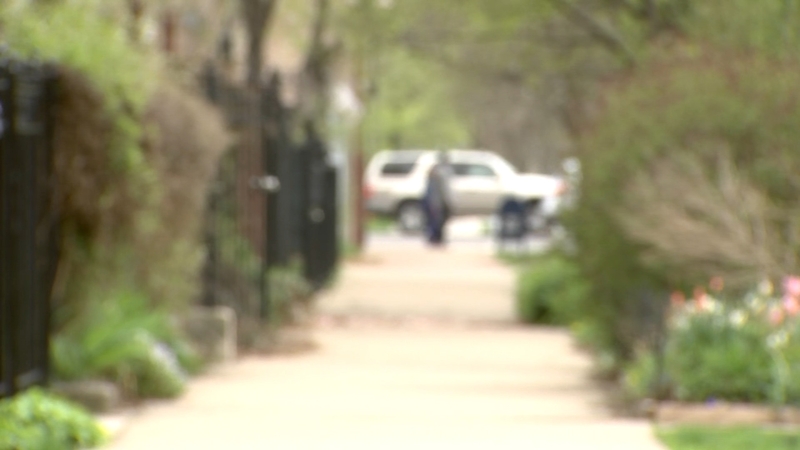 CHICAGO (WLS) -- Chicago police are searching for a person accused of sexually assaulting at least one woman and attacking two more in Logan Square.

CPD said a male suspect described as wearing some sort of vest, dark clothing and a surgical mask pepper sprayed one woman, pulled a bag over another woman's head and sexually assaulted a third over the last month on the Northwest Side.

About 3:30 a.m. Saturday, the suspect approached a 36-year-old woman from behind in the 2000-block of North Humboldt Boulevard as she entered her building, grabbed her and pulled a black bag over her head. The woman was able to drop to the ground and scream, causing the suspect to run east down the north alley of Armitage Avenue toward Richmond Street. The suspect was wearing a vest similar to an Amazon vest, Chicago police said.

RELATED: Woman kidnapped from Woodfield Mall, sexually assaulted in 1996 speaks out: 'It was broad daylight'

At about 3:30 p.m. Friday, the suspect followed a 39-year-old woman into her building in the 1600-block of North Humboldt, grabbed her, slammed her head against the wall and sexually assaulted her, CPD said. He was described as wearing a construction vest.

On April 11, the suspect entered a building in the 2000-block of North Humboldt, knocked on the door of a 36-year-old woman's home and asked about a particular tenant in the building. As he talked to her, he tried to enter the home, Chicago police said. When he wasn't able to get in, he pepper sprayed her before running away. He was wearing an Amazon vest, police said.

The crimes have area residents on alert.

"I am very concerned being a mom in the neighborhood and especially it's getting warmer and the kids are out more, the community is out more, so it's very concerning," Rachel Kalvakota, Logan Square resident, said.