ByCraig Wall and Alexis McAdams via

Chicago Mayor Lori Lightfoot and other city leaders outlined their summer safety plan Thursday ahead of Memorial Day Weekend, when the city often sees a spike in violence.

CHICAGO (WLS) -- Chicago Mayor Lori Lightfoot and other city leaders outlined their summer safety plan Thursday ahead of Memorial Day Weekend, when the city often sees a spike in violence.

The options give kids something to do, which keeps them busy and out of trouble. But some still wonder, will it be enough to keep the city safe.

In the Homan Square neighborhood, Patricia Hentz has been operating what she calls her pattycake snowball stand for the past six years.

"My concerns are about the violence, when it gets warmer outside the youth die, they die out here," Hentz said. She grew up in this neighborhood and calls this block a hot spot.

"I lose a kid every summer to the violence, last year I lost two kids," Hentz said, referring to neighborhood kids she has come to know over the years.

Despite her concerns she'll still be out this Memorial Day weekend.

"My thing is the babies, the only time they're able to come out and play is when I'm over here. When I'm out here, that's the only time their parents let them out because they're so scared somethings going to happen to them."

The mayor's plan of action focuses on the trouble spots across the city, where both the Chicago police and the city plan to increase visibility.

"We recognize we've got to people, go to neighborhoods and provide supports to community, not just with law enforcement, but also with the love and support that we can bring as a city agency," Lightfoot said.

Lightfoot has made it clear that Chicago's challenges will not be solved overnight and needs every city agency to be on the same page.

"We have to be all in, we know where the challenges are, we know those areas where we need additional support, the city resources are going to be there," Mayor Lightfoot said.

As part of their efforts, police will be monitoring social media, which often drives trouble to downtown areas.

"If you come down there and misbehave, you'll be dealt with accordingly. But the mayor and I as well as, you can see all these individuals standing behind me, they've developed programs and other alternative programs for them to do in their communities should they choose to do that," Johnson said.

Hentz said she'll be praying for her block and for the city's safety plans to work.

"I don't know about keeping it safe, I just don't. I know they can do only what they can, it's up to us I think as a community we need to start coming together," Hentz said.

A number of churches, part of Hands Across Chicago will be manning what they have identified as 60 hots spots around the city to prevent violence. Police said they will be monitoring block parties as well, which can go from five to 50 quickly and lead to problems.

Chicago police will have a special CTA Patrol unit. Forty officers will be assigned to city buses and trains, monitoring activity and large groups and more than 1,200 officers will be on the streets citywide this weekend.

Areas like the lakeshore will have a heavy police presence. 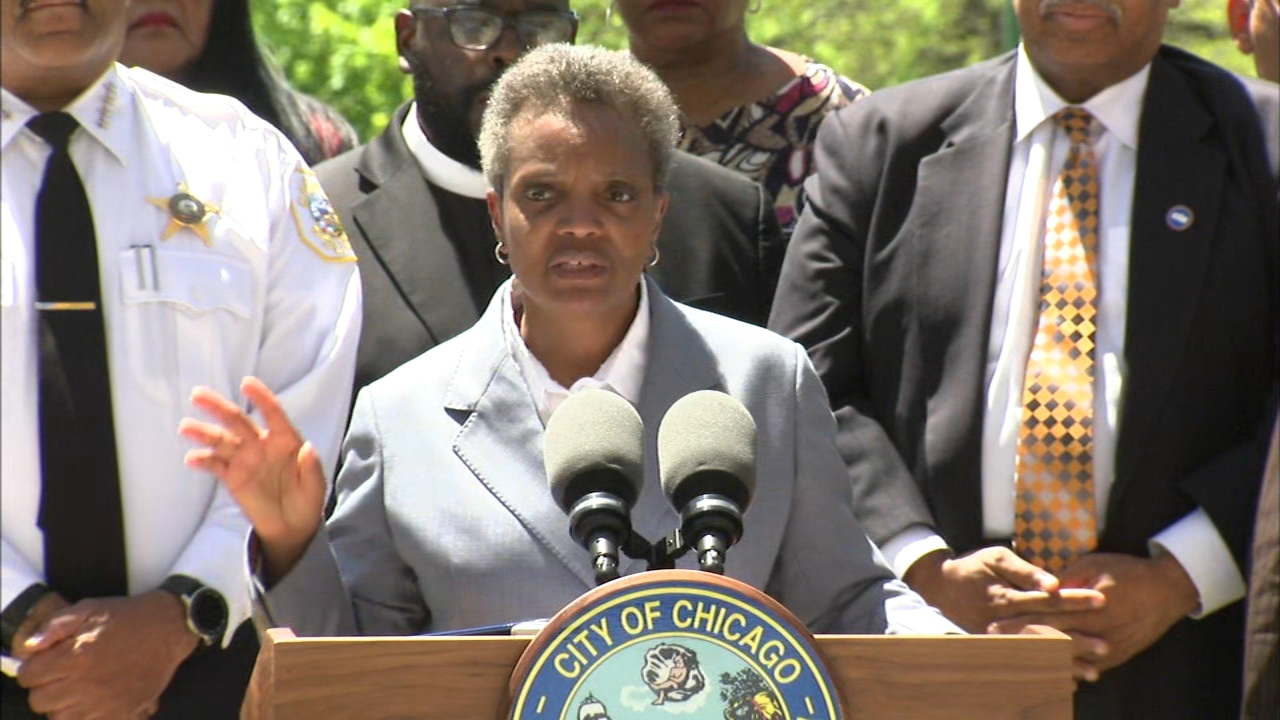