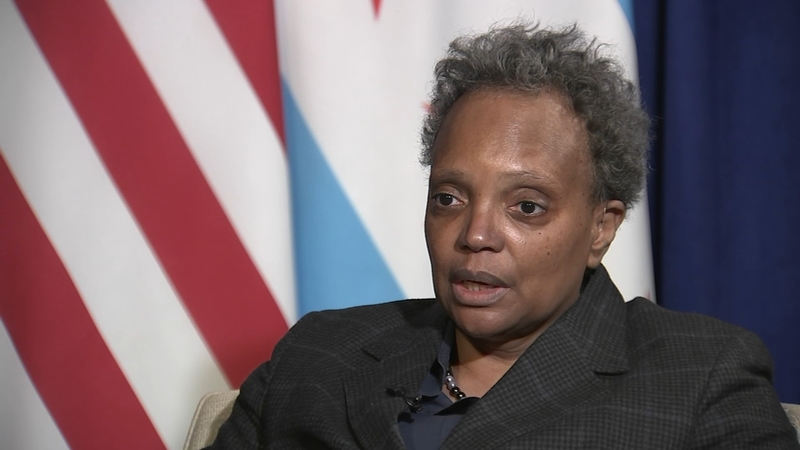 Lightfoot optimistic deal between CPS, CTU is on horizon

CHICAGO (WLS) -- Chicago mayor Lori Lightfoot said she is optimistic that a deal between Chicago Public Schools and the Chicago Teachers Union is on the horizon.

"I think we've made substantial progress and I remain optimistic that we will get a deal done," she said.

Lightfoot said there remains one major sticking point in negotiations, and it appears her patience may be wearing thin.

"We've exchanged proposals back and forth, and I'm hoping that we're going to have something to announce positively later today," Lightfoot said.

The two sides are negotiating over what percentage of teachers, staff and students who test positive for COVID would trigger a classroom or entire school going to remote learning, according to the mayor. She did not necessarily anticipate they were going to go into work stoppage at the end of winter break.

"Look, I should have hoped that CTU would not have tried to politicize this surge. Unfortunately they have," said Lightfoot. "Did I think they were going to go into work stoppage the way they have? No, I don't think anybody anticipated that until right before it happened."

But the mayor said she's not taking it personally.

"It's not for me. I mean, that sounds like the comments of a desperate man, and I gotta tell you, if I had a dollar for every time some privileged, clouted white guy called me stupid, I'd be a bazillionaire," she said.

During this one-on-one interview a caravan of CTU supporters honked their way past city hall, but Lightfoot said she is undeterred.

"From my perspective, this is about making sure that we're doing what is in the best interest of our children and our families," Lightfoot said. "I'm not, I don't care about the politics of this."