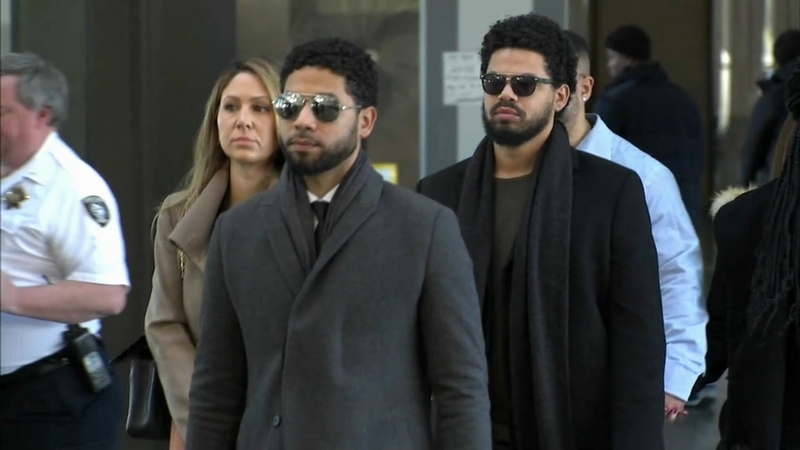 The day's major news story, prosecutors' decision to drop charges against "Empire" actor Jussie Smollett, raised a lot of questions for both candidates.

"There's so much we don't know," Lightfoot said. "I would urge the state's attorney's office to give a fulsome discussion as to why they dropped these charges."

Joe Magats, the first assistant state's attorney, took over the case when his boss, Cook County State's Attorney Kim Foxx, recused herself from the probe after it surfaced that she had been in touch with Smollett's family.

Magats said the decision to drop the charges did not exonerate Smollett, but that his office determined the decision was made in the best interest of justice.

Preckwinkle was asked about how Tuesday's developments might impact hers or Foxx's political prospects, as Foxx previously served as Preckwinkle's chief of staff.

"I'm not gonna speculate on how this decision is gonna impact anybody's political careers," she said. "The state's attorney, I'm sure, will have further comments and I look forward to those further comments."

Lightfoot said Mayor Emanuel's characterization of the decision as a "whitewash of justice" was unfair, but she was troubled by the decision to seal criminal records related to the case.

"The state's attorney, First Deputy Magats, has to come forward and provide a much more fulsome explanation so that people have confidence that there isn't anything untoward that happened. That they were really calling balls and strikes," Lightfoot said. "And if there's an issue with the evidence, put it out there and talk about it."

Tuesday's debate saw Preckwinkle rebuke the comments of Congressman Bobby Rush for the first time. Rush said over the weekend that voters who supported Lightfoot would have blood on their hands.

Lightfoot criticized Preckwinkle's response as being too mild.