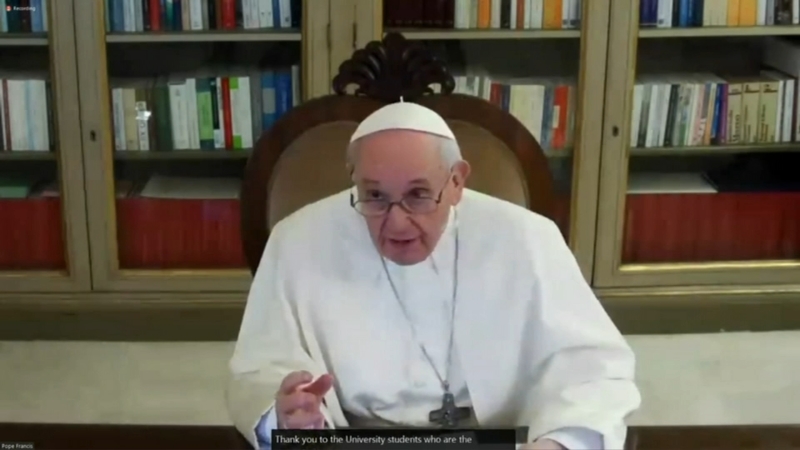 CHICAGO (WLS) -- Pope Francis took part in a conversation of a lifetime Thursday for a group of Loyola University students as hundreds of other local students watched.

Even Loyola's Sister Jean joined the online conversation with the Pontiff, and one of the students was given the opportunity to speak directly with the Pope.

It may have been virtual, but it was an audience with Pope Francis: an opportunity that doesn't come along very often. Aleja Sastoque, who got her degree from Loyola in December, was chosen to ask the Pope a question about immigration.

"You want to feel my heart rate now?" she said, laughing. "It was pretty amazing."

Loyola University was one of the architects of the rare meeting with the Pope. Students from across North and South America got to ask the Pope about some of the pressing issues of the day including immigration, the environment and poverty. Students and staff at Loyola played a huge role.

"This is an opportunity for us, an institution, for us to practice this exercise," said Peter Jones, Dean of Pastoral Studies.

"I believe the Holy Father is an outstanding teacher for young people regardless of their religion," Sister Jean said.

The students say their questions and answers were not rehearsed, and many asked tough questions.

"It was great, they didn't pull any punches," Loyola student Daniel Matamoros. "They were asking the Pope about some of the practices at local churches."