Group of women steal $10,000 worth of Lululemon leggings 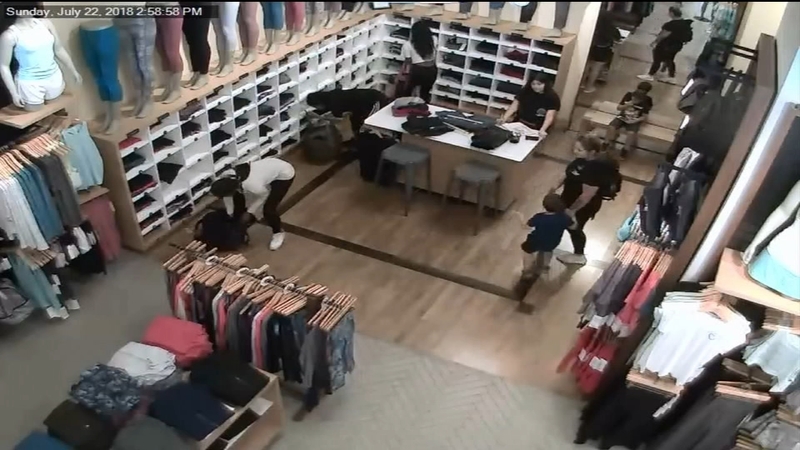 Group of women steal $10,000 worth of Lululemon leggings

FRESNO, Calif. -- Fresno Police are searching for a gang of women who bolted from the Lululemon store at Fig Garden Village in Northwest Fresno after stealing more than a hundred pairs of yoga pants on Sunday.

Police say the thefts cost the store about $10,000 and that these women have likely hit up other chains in California.

Lululemon, with its chic athletic-wear and high-end price tags, isn't a place you'd expect to find trouble. It's why yoga instructor Christine Brown said she was startled when three women with other intentions waltzed through the front door.

For me, I was just shocked, and I froze," said Brown, who had finished teaching a class inside the store earlier that morning. "I didn't know what to do. I didn't know if there was anything I could do."

Brown says the women were calm. They didn't speak. They didn't fight. They walked to the back of the store, scooped as many leggings as they could fit into their bags and then walked out.

"We were all in a daze," she said. "The manager was just trying to keep everything calm, saying it's okay, it's okay."

The leggings are among the most expensive item in the store, averaging about $100 each. The thieves stole 148 pairs, and police believe they could be responsible for more.

"They believe it's related to a crew that has hit Lululemon in the Bay Area," said Lt. Joe Gomez. "They had three photos, African American females. They indicated they had been arrested before."

Officers say the employees and customers did the right thing by letting the thieves go.