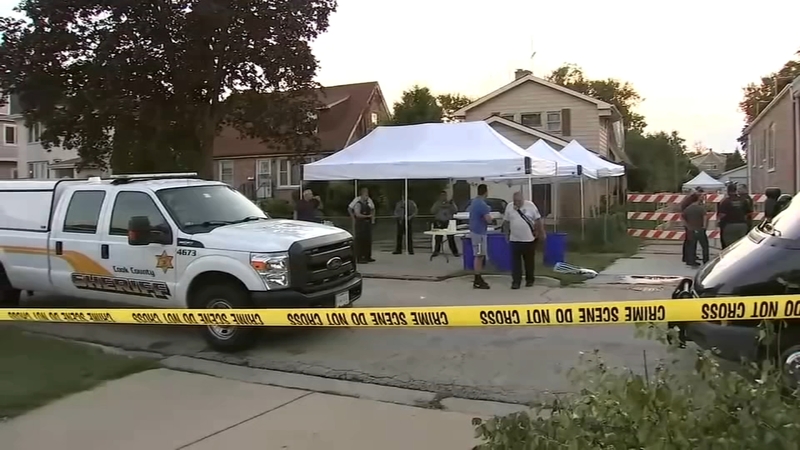 LYONS, Ill. (WLS) -- Lyons police announced charges Thursday against a man accused of burying his mother and sister in a backyard last year. Charges against his brother are pending.

The bodies were uncovered in August after a well-being check on their home in the 3900-block of Center Avenue.

The brothers allegedly told police their mom, who was in her late 70s, was pushed down the stairs by their sister in December 2015 and died sometime the following week from her head injury. The brothers then said their 42-year-old sister got sick and died in 2019.

"They were duct taped completely, wrapped in blankets, placed inside, bent over, folded in half and buried in the yard," said Lyons Police Chief Michael Herion.

Police said the bodies had been dead and buried for years, and were too decomposed to determine how they died. But investigators believe the brothers did not report the deaths so they could continue to collect their mother's social security checks.

Police said Michael Lelko, 47 has been charged with two counts of felony concealment of a death.

His brother is currently in custody and charges against him are pending, police said.

Herion also said he has been told by federal investigators that both brothers are facing charges of theft of Social Security benefits paid in the name of their mother after her death. Federal investigators have not yet formally announced those charges.

The investigation began when the water company alerted police that water hadn't been used at the home for years. Gas and electric use had also been minimal.

Upon arriving, police found a severe case of hoarding. The home contained jars filled with urine and piles of possessions throughout the two-story home, as well as multiple cats and dogs running around the property.

More charges are expected to be announced by the end of the day, police said.