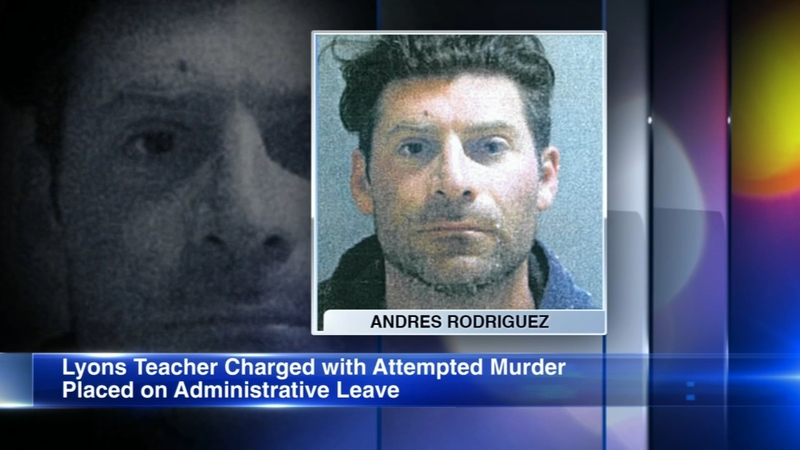 EMBED <>More Videos
LYONS, Ill. (WLS) -- A Lyons teacher was placed on administrative leave after his employer found out he has been charged with attempted murder.

Andres Rodriguez allegedly shot a man seven times last year in Tinley Park, prior to his employment by School District 103's George Washington Middle School this fall. The case has not been resolved.

In an email to parents and staff, interim superintendents Patrick Patt and Robert Madonia said the district has initiated an immediate review.

Two other local school districts had already removed Rodriguez before District 103 hired him, according to a District 103 board member.