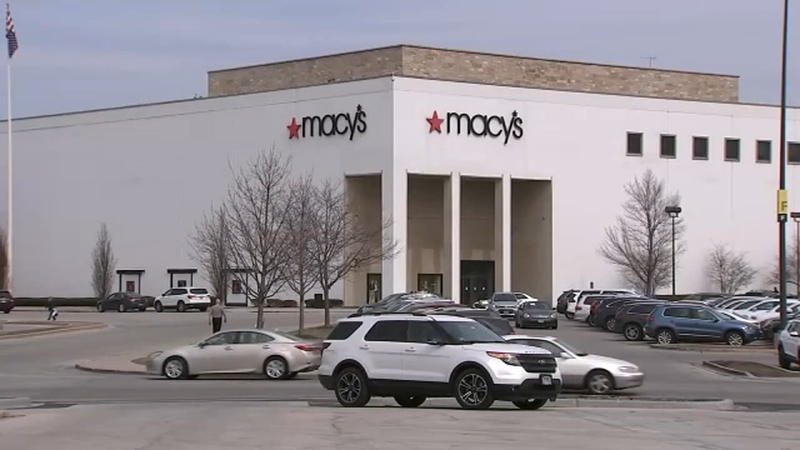 OAKBROOK, Ill. (WLS) -- An Oakbrook Center Macy's employee is blowing the whistle, claiming that he was part of a security team that was forced to racially profile Black and Hispanic shoppers.

Raul Montes Jr. said he began working at the Macy's in the Oakbrook Center Mall back in January and now refuses to return to work until "they make some changes."

"I was in a hostile work environment. I felt pressured to stop people. They had a quota. They pushed me! They pushed me," Montes said. "I have to be cathartic, they wanted me to stop African-Americans and Hispanics."

Those strong allegations are why Montes said he's blowing the whistle on what he claims are racial profiling practices at the Oak Brook store.

He claims that when a Black or Hispanic customer walks in the store, they are often labeled by a code.

"98 is the code for African-Americans; 97 was for Hispanics," Montes said.

He said he was part of a seven-person security team, which he said consisted of people who were white, Hispanic, and Asian -- but none were Black.

"They put the cameras on them. You got somebody else following them in the store, even when the man goes into a fitting room," Montes claims. "I knew it was wrong to do that, and I looked at it and I said, 'This is wrong!'

A Macy's spokesperson responded in a statement, saying:

"We have zero tolerance for profiling in our stores as reflected in our Customer Bill of Rights. We welcome, accept and respect every customer and are equally dedicated to creating a shopping experience that is inclusive and free from bias. We take this allegation seriously and are investigating this claim,"

"I'm crazy about Macy's, but if these allegations are found to be true, I plan to tear up my Macy's card," said Tio Hardiman, with Violence Interrupters.

Now, with a small group of supporters behind him, Montes said his stance on his former job is unwavering.