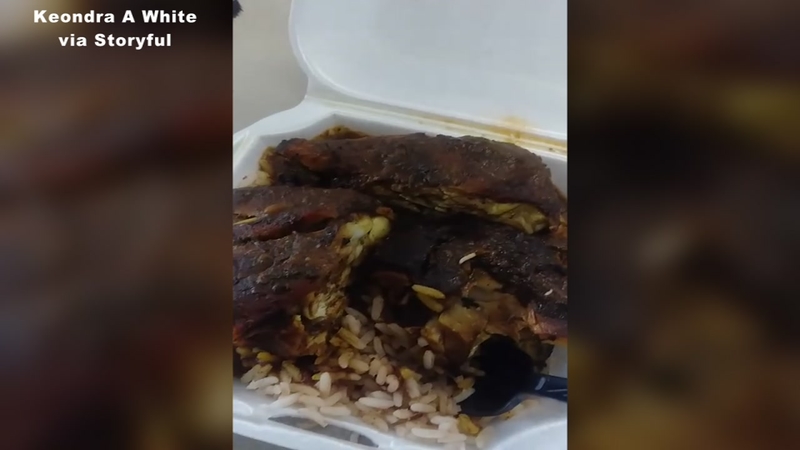 JACKSONVILLE, FL -- Finding a hair in your food is bad enough but imagine going to take a bite and seeing maggots!

That's what happened to Keondra White.

White said she was on her lunch break when she decided to order some jerk chicken from Caribbean Sunrise Bakery in downtown Jacksonville, Florida.

But when she got back to work and sat down to eat, she allegedly found maggots in her food.

White quickly whipped out her phone and started recording the insects crawling around.

"Oh my God," one woman can be heard saying in the video. "What is it?" "Maggots," the group replied.

White said she went back to the restaurant where they gave her a refund and then asked to leave.
Caribbean Sunrise Bakery and Restaurant initially responded to the incident on Facebook saying, "All foods that could have been compromised have been discarded, and all uncooked foods are being inspected before cooking ... We have retraced all possible steps to determine where, when and how the quality of the food could have been compromised and put additional measures in place to prevent such occurrences."

However, the owner told local media outlets that if the incident did happen, it was "isolated."

The restaurant was cited back in April for unsafe food temperatures, First Coast News reports.
White posted the video on her Facebook page. It's been viewed more than 107,000 times.