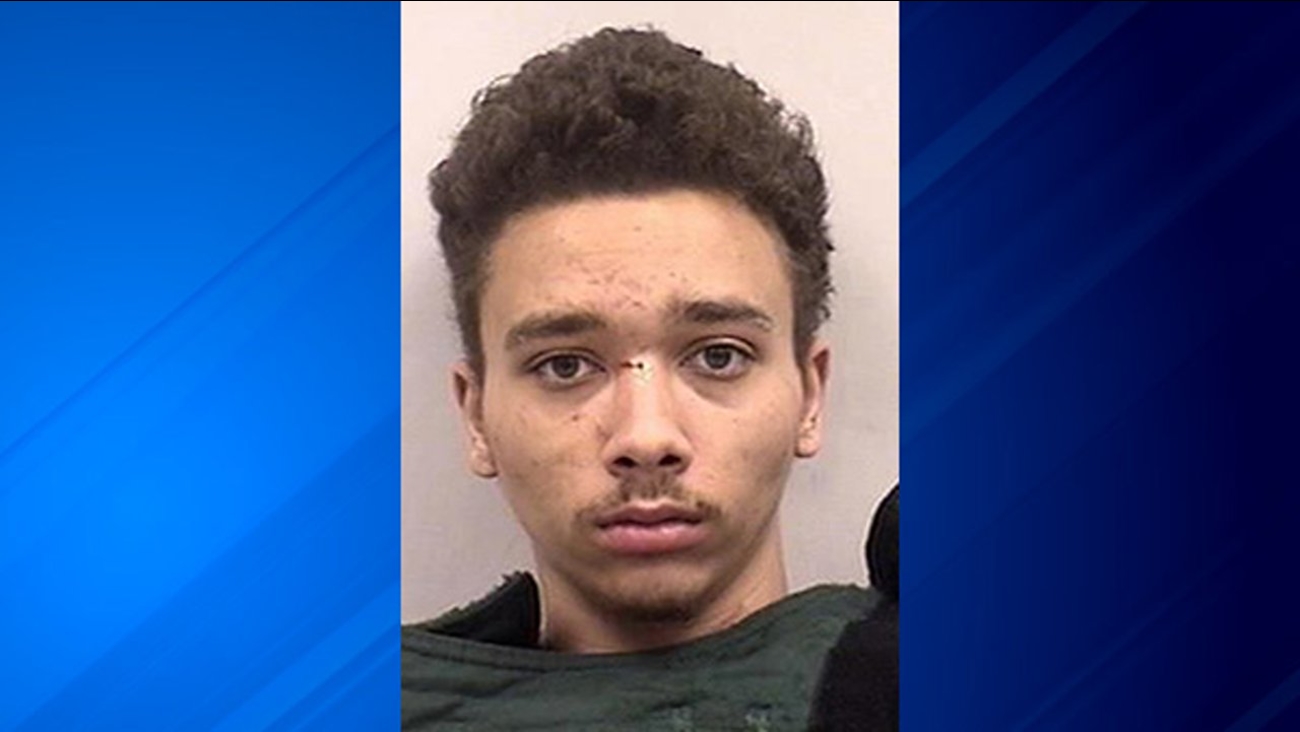 This Oct. 17, 2017 photo shows Malik Vincent Murphy, who was arrested on suspicion of fatally stabbing his younger brother and sister and also attacking his father in their home. ((Colorado Springs Police Department via AP))

COLORADO SPRINGS, Colo. -- A 19-year-old accused of stabbing his two young siblings to death and wounding his father in Colorado told investigators he carried out the attack so he could be alone in the house, documents say.

Officers called to the home early Tuesday found the 5-year-old girl and 7-year-old boy, along with the father of all three siblings, police spokesman Lt. Howard Black said.

Officers tried to save the children, who later died at a hospital. The father, Jefferson Murphy, told investigators he was sleeping in his bedroom with his wife when he heard screaming in the basement.

He was in serious but stable condition after he was stabbed during the confrontation with his son, Black said.

Malik Vincent Murphy was arrested on suspicion of two counts of first-degree murder. It was not clear if he had a lawyer.

An arrest affidavit says the teenager bought a knife several months ago with the plan of killing his entire family and burying the bodies in the backyard.

The father told investigators that the teen had previously talked about killing the family.

Malik Murphy had been arrested in Illinois in March and accused of setting fire to his parents' sport utility vehicle.

The parents told authorities that Murphy had severe mental health problems and they did not want him to prosecuted in the fire, Effingham County State's Attorney Bryan Kibler told WXEF-FM.

Kibler said authorities agreed to dismiss the case if the teen got treatment. Kibler did not return a call Tuesday seeking comment.

In Colorado, investigators are interviewing people who were in the house at the time of the stabbings and talking to neighbors and other family members to find out more about the family, Black said.

Neighbor Gilbert Macias told The Gazette of Colorado Springs that he often saw the younger brother and sister playing outside when he got home from work.

Another neighbor, Judy Barnes, told the newspaper that she gave the children candy when they played outside and they called her "neighbor grandma."

"They were great. They were just kids," she said. "I saw them the day before yesterday. They were playing in the yard with mom and dad."