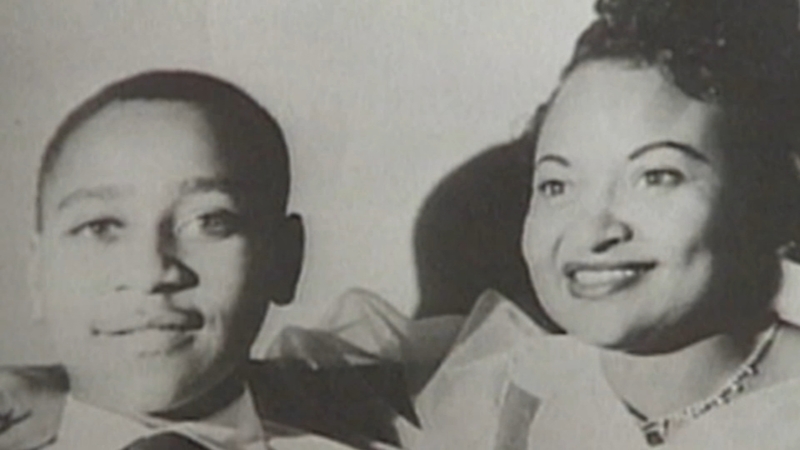 SUMMIT, Ill. (WLS) -- Before Mamie Till Mobley galvanized the civil rights movement following the murder of her son, Emmett Till, she was making history at Argo Community High School as one of a few Black students and the first to make A Honor Roll. She was known then as Mamie Carthan.

"She was a great student here," said Dr. William Toulios, the superintendent of Argo Community High School. "She was in our National Honor Society. She was a student leader"

In 1955 14-year-old Emmett was kidnapped, beaten, lynched and thrown in a river after being accused of whistling at a white woman in Mississippi.

Till Mobley decided to have an open casket funeral for her son. The images of Emmett's mutilated body horrified the nation.

"She was upset at first and she was very hurt that she lost her son," said Reverend Wheeler Parker, Till Mobley's cousin.

Although her son's killers were acquitted of murder, Till Mobley never stopped fighting for justice.

School officials said they want to make sure their students know her story. Alexa Edwards, who teaches art at Argo, came up with the idea to honor Till Mobley during last year's reckoning on race.

"In the art world the biggest thing you can do to honor someone, you paint an oil painting of them or you you build a sculpture and a monument."

The school is hoping to raise $250,000 for a sculpture on campus of Till Mobley with her son and for a scholarship fund in her honor.

"We want to make sure that we can express our gratitude for a lady that showed courage during a time of trial and tribulation," Toulios said.

Sonja Henderson has been commissioned for the project. She co-created the Martin Luther King Jr. Living Memorial at Marquette Park.

"There's an immense responsibility to not only get them physically correct, but also to tell the story," she said.

Parker said he wants the memorial to be a call to action.

The school is hoping to have the memorial completed by next fall.