ME: Man fatally shot in back by Chicago officer in Bronzeville 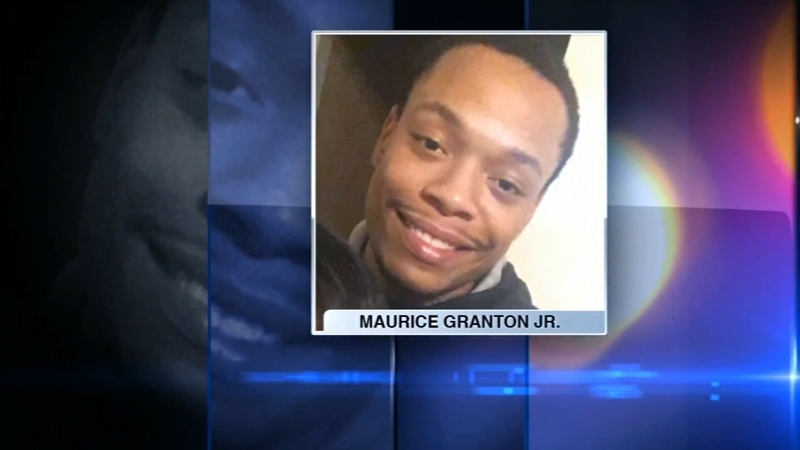 ME: Man fatally shot in back by Chicago officer in Bronzeville

CHICAGO (WLS) -- A 24-year-old man was shot and killed by a Chicago police officer Wednesday night on the city's South Side. Police said Maurice Granton Jr. was armed, but his family said the gun recovered at the scene wasn't his.

"I don't know what happened and occurred, but we'll find out and get to the bottom of it," said Beverly Varnado, grandmother.

According to a preliminary statement by police, officers were conducting a narcotics investigation around 8:15 p.m. in the 300-block of East 47th Street when Granton fled on foot. Officers chased him. When they commanded him to stop, police said he pulled a gun. Police said he was shot during an "armed confrontation."

The Cook County Medical Examiner's Office said Thursday afternoon Granton was shot in the back and ruled the death a homicide.

His sister, Joanna Varnado, identified her brother's body after he was pronounced dead at the University of Chicago Medical Center. She also said he was shot in the back.

"I didn't see any blood or anything on the front of him. I wasn't able to see the back because he was laying, of course, on his back. There was no blood stains, anything, on the front," Varnado said.

Witnesses at the scene Wednesday night gave differing accounts of what happened.

"I saw it! I was right there! I saw everything. He was laying over - I guess he ran through (there) trying to make it. I guess they thought he had whatever he had, but he didn't have no gun! That's my cousin!" said Princess Evans, an eyewitness and Granton's relative.

Police later tweeted a photo that showed "the offenders weapon recovered by police."

"There are eyewitnesses to say Maurice never pointed a gun," said Eric Russell, Tree of Life Justice League of Illinois. "They planted that gun. There's a coverup!"

"He wouldn't even chance his life doing that, knowing he had two very young kids to come home to," said Tayshia Shaw, the mother of Granton's children.

The Civilian Office of Police Accountability issued a statement early Thursday morning that said investigators were on the scene speaking with witnesses.

The officer involved in the shooting will be placed on administrative duty for 30 days, per department policy.

Granton's family said they still have many questions.