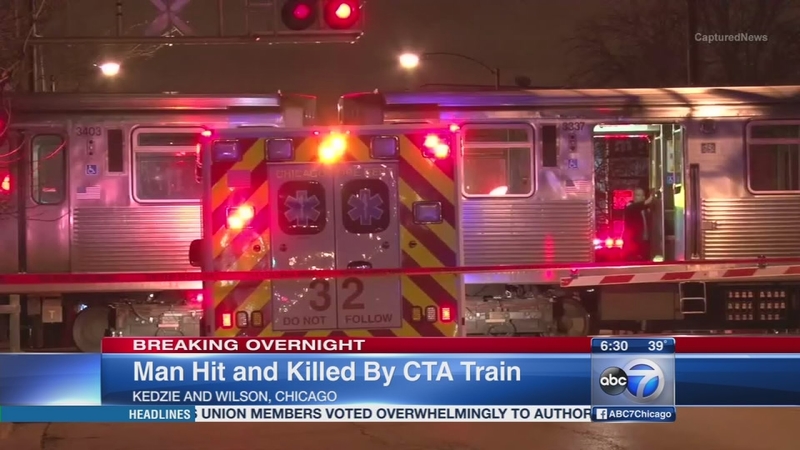 CHICAGO (WLS) -- A 21-year-old man is dead after he was hit by a CTA Brown Line train near the Kedzie station. Investigators are looking into whether he was pushed.

Police said the man was struck in the 4600-block of North Kedzie Avenue in Chicago's Albany Park neighborhood around 9:45 p.m. Monday.

Witnesses said he was pushed onto the tracks as a train approached, although that has not been confirmed by police.

"I saw two guys playing around. Then one person pushed the other person to the tracks. That's all I saw," said Tareq Mather, a witness.

Train service was halted overnight between the Kedzie and Western stops. Normal service was restored by around 3 a.m. Tuesday, CTA officials said.

Investigators are looking at surveillance cameras in the area. The victim has not been identified.