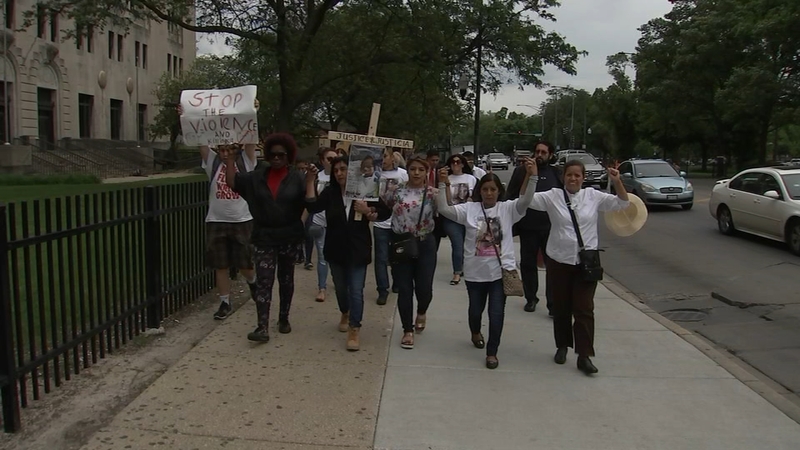 CHICAGO (WLS) -- Three suspects charged in connection with the murder of a pregnant teenager were formally indicted Wednesday.

"Mr. Bobak absolutely had no knowledge at all that there was a victim of a homicide on the premises," said Hal Garfinkel, Bobak's attorney.

Ochoa-Lopez's family demanded more criminal charges as they marched to the Leighton Criminal Courthouse Wednesday and stood together in prayer for Marlen and her baby boy.

"Baby Yovani needs to be lifted in prayers," said Julie Contreras, a spokesperson for the Ochoa-Lopez family. "He suffered irrevocable brain damage. There's no medicine, there's no pill that can fix that. Only a miracle."

After the hearing, Yovani Lopez said in Spanish that he wants the suspects to also be held accountable for what they allegedly did to his baby boy.

"He can't breathe on his own. He can't eat on his own. There's tubes down his throat. They harmed that baby. That baby could still die. There needs to be charges for the baby," said Frank Avila, attorney for the Lopez family.

Not much was said in court Wednesday afternoon. The suspects will be arraigned later this month.

The family is seeking out a third opinion about the condition of Baby Yovani. They're hoping for that to happen soon.