WLS
By Meghan Kluth
CHICAGO (WLS) -- Loved ones gathered Saturday to say their final goodbyes to Marlen Ochoa-Lopez. Family of the murdered mother are grieving, but also moving forward to protect other children.

The funeral for the 19-year-old pregnant woman who was murdered for her unborn child was held at Mount Auburn Funeral Home in Stickney.

Family, friends, and complete strangers came to say their final goodbyes to Marlen Ochoa-Lopez, but her memory lives on and they continue to fight for justice for the mother of two.

Ochoa-Lopez's family will remember the beautiful young woman as a devoted wife, a loving mother and full of joy, but to the community she will become the young mother "etched in the law books."

The bilingual service included friends of the family, who hope a lesson can be taken from this tragic event.

"We not only seek justice for Marlen but for a tiny Latin American citizen, Yovani Lopez Junior, that's sitting in critical condition in Christ Advocate Hospital," said Julie Contreras with the League of United Latin American Citizens.

Marlen was allegedly killed for her unborn child. She responded to a Facebook post promising baby clothes and a stroller, but was strangled to death. Her accused killers took the baby as their own.

State Representative Karina Villa has introduced a bill that would require hospitals to verify the identity of babies brought in to a hospital-- as the baby was, in this case, brought in by the alleged killers. It will be called "Marlen's law."

The law would require women who claim an infant was born in their home provide identification and DNA to hospitals.

"Everybody needs to pay attention to social media, she trusted and things aren't always as they seem, bad people build trust in order to commit their crime. This young lady's life, I hope, was lost for a reason so that other people learn, meet in a common place, go somewhere safe," said Terry Hannon, a family friend.

The League of United Latin American Citizens has covered the costs to bring Ochoa-Lopez's family from Mexico to the U.S. and a local restaurant has paid for the post funeral services and food for 150 people.

Yovani Lopez shares Facebook live of his baby in the hospital after he was taken from his mother, Marlen Ochoa-Lopez's womb.

The service was led by Pastor Carlos Tamay. He is the same pastor who officiated Ochoa-Lopez's wedding in Iowa.

Ochoa-Lopez and her husband had planned to move back to Iowa after their second child was born.

That baby boy, who has since been named Yavani Yadiel Lopez, remains in the hospital on life support. Doctors say the baby's brain activity has improved.

Three people have been charged with removing Marlen's baby from her womb and strangling her.

Clarisa Figueroa,46, Desiree Figueroa, 24, and Piotre Bobak, 40, are all being held without bond. They are due back in court next month.
Report a correction or typo
Related topics:
oak lawnchicagopilsenscottsdalestickneybabywoman killedteen killedfuneraldepartment of children and family servicesmissing teenagerpregnant woman
Copyright © 2021 WLS-TV. All Rights Reserved.
RELATED 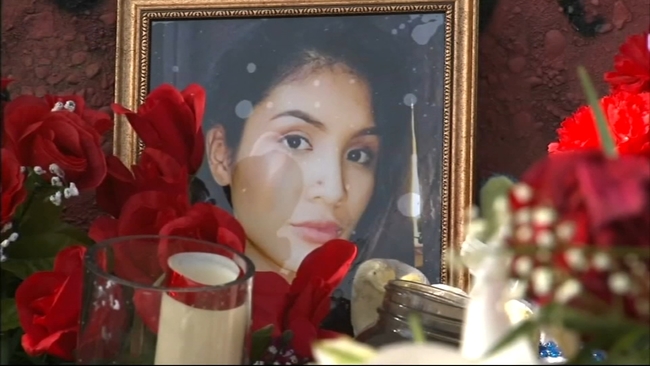