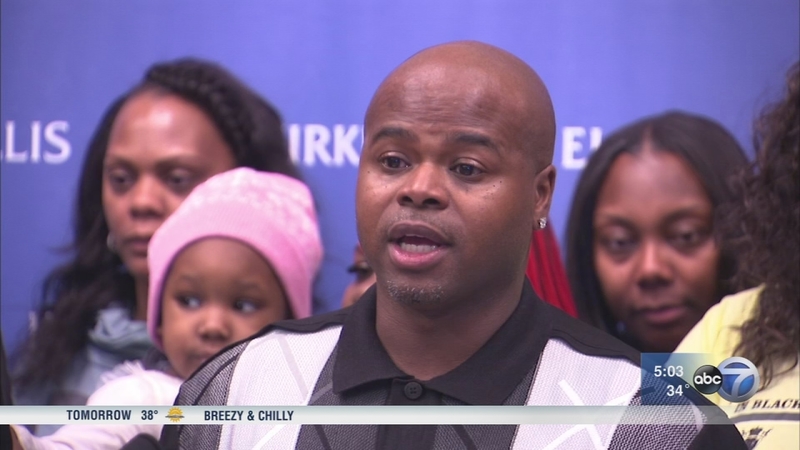 CHICAGO (WLS) -- Charges have been dropped against four men who were wrongfully convicted of a 1995 double murder and robbery, bringing the saga of the "Marquette Park 4" to an end.

The loved ones of the "Marquette Park 4" came to celebrate and thank their legal team that fought for years to exonerate men who were coerced as kids into confessing to crimes they did not commit.

"We was young when we got locked up, so we was forced to grow up fast," said Charles Johnson, one of the wrongfully convicted.

"There were times I felt like it was too much for me to bear, he was like, 'Man, it's going to be alright, you're going to make it,'" said Larod Styles, who was also wrongfully convicted.

The men, along with Troshawn McCoy - who will soon be released from a downstate prison - were convicted of a 1995 double murder and armed robbery at a Southwest Side car dealership. Lawyers detailed how the then-teenagers were coerced by Chicago detective James Cassidy, who developed a track record of questionable confessions from kids.

"He has been involved in numerous false confessions that have cost men, women and children hundreds of years of their lives in prison," said Steven A. Drizin, Northwestern University Law School.

Lawyers from blue-chip firms, the University of Chicago and Northwestern's Center for Wrongful Convictions worked through the years, often, it seems, at the insistence of Charles Johnson's mother.

"And everybody would just close the door practically in my face," Theresa Johnson said.

Her foundational belief that her son was innocent eventually led investigators to revisit evidence, such as a dealership price sticker that yielded a fingerprint on the sticky side that placed someone else at the crime scene. None of the 27 fingerprints presented at the original trial matched any of the wrongfully convicted.

"...We would not be able to sustain our burden of proof if these cases were retried," Cook County State's Attorney Kim Foxx said in a statement.

"The government wins when they do the right thing, and often that is not prosecuting somebody," attorney Ron Safer said.