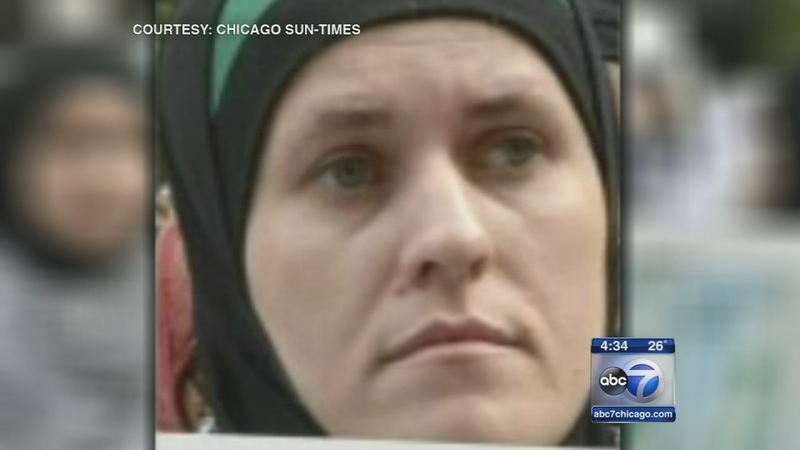 SCHILLER PARK, Ill. (WLS) -- An attorney for a suburban Chicago woman accused of helping extremist groups in Syria is asking that she be released. The 34-year-old woman raised her fist and smiled at relatives when she appeared in federal court in Chicago on Monday.