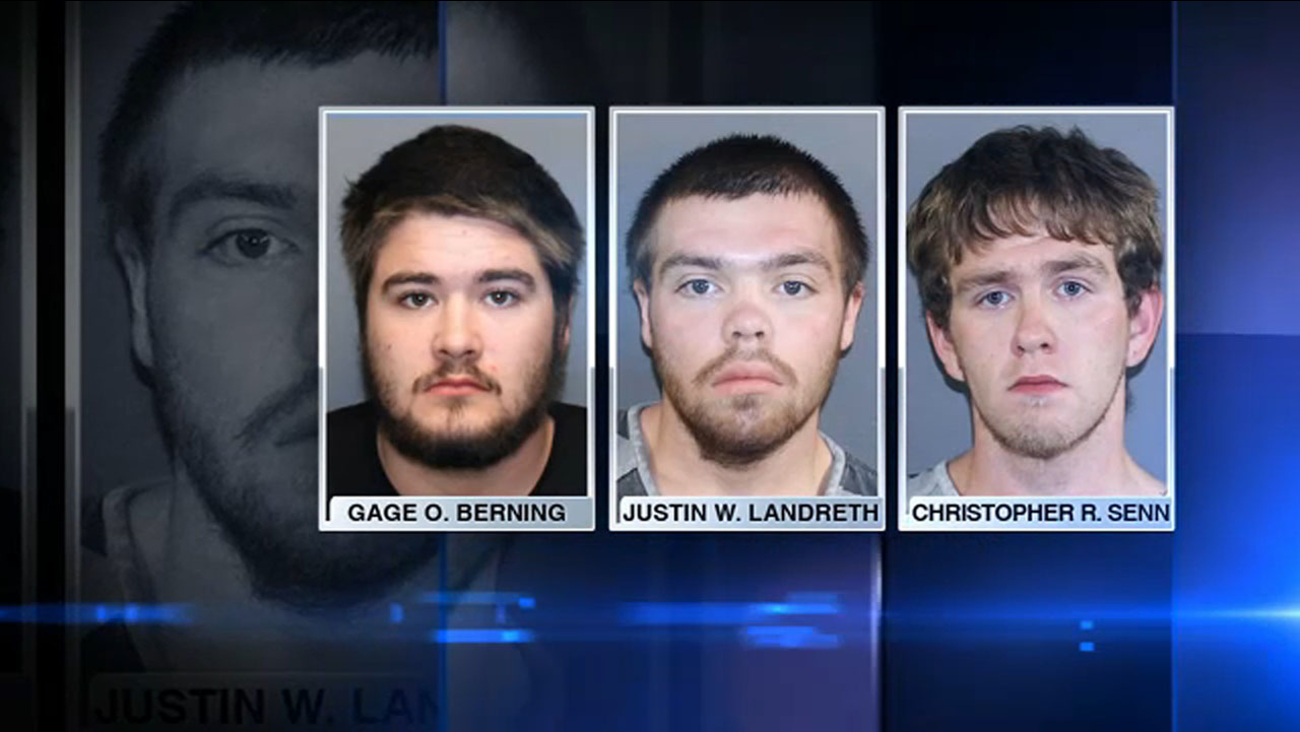 CHARLESTON, Ill. (WLS) -- Three men were busted in central Illinois for allegedly carrying meth with intent to distribute and a defaced handgun.

Police in Charleston, Ill., with help from the East Central Illinois Drug Task Force, pulled over a 2001 Ford at the intersection of 4th Street and Harrison Avenue just after 1:50 p.m. Thursday.

Officers said they saw drug evidence in plain sight inside the vehicle, so they asked all three men to get out. Police found more than 8 grams of suspected methamphetamine and a 22-caliber handgun with the serial number scratched off under the front seat.

Gage O. Berning, 19; Justin W. Landreth, 22; and Christopher R. Senn, 22; all from Salem, Ill., were arrested for possession of between 5 and 15 grams of methamphetamine with intent to deliver and defacing marks on a firearm.

Police also seized the Ford, which was driven by Berning, pending a hearing.