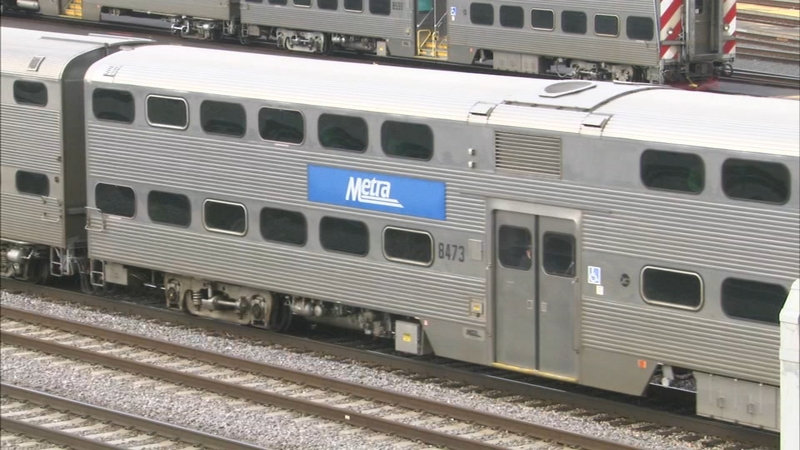 CHICAGO (WLS) -- Metra announced changes Tuesday to the weekday schedules on the BNSF Railway Line, which will be effective June 3.

Metra surveyed BNSF passengers earlier this year. These changes are part of the company's effort to address riders' requests.

Two new trains were added to the weekday schedule and a five-car train was added by using equipment from other Metra lines, in an effort to relieve crowding on existing trains.

Train 1374, a new weekday morning inbound, will serve these stations and arrive at Union Station at 7:50 a.m.

An existing weekday afternoon outbound train was split in two.

The revised BNSF weekday schedule also includes other minor tweaks to departure and arrival times. Riders should check metrarail.com to see if their regular train times have been changed.

For example, Train 1200, the first of the day, will leave all stations five minutes earlier. BNSF riders requested the change in the survey so that they can get downtown earlier to catch CTA buses.

As part of a summer pilot program, there will be changes to the BNSF weekend schedule from June 8 to Sept. 2.

That train will then express to Chicago Union Station, arriving at 4:23 p.m.

A new Saturday outbound train will depart Chicago Union Station at 11:40 a.m., make all usual Saturday stops and arrive at Aurora at 1:01 p.m.

A new Sunday inbound train will depart Aurora at 9:20 a.m., make all normal Sunday stops and arrive at Chicago Union Station at 10:47 a.m.

A new Sunday outbound train will depart Chicago Union Station at 5:40 p.m., make all normal Sunday stops and arrive at Aurora at 7:01 p.m.