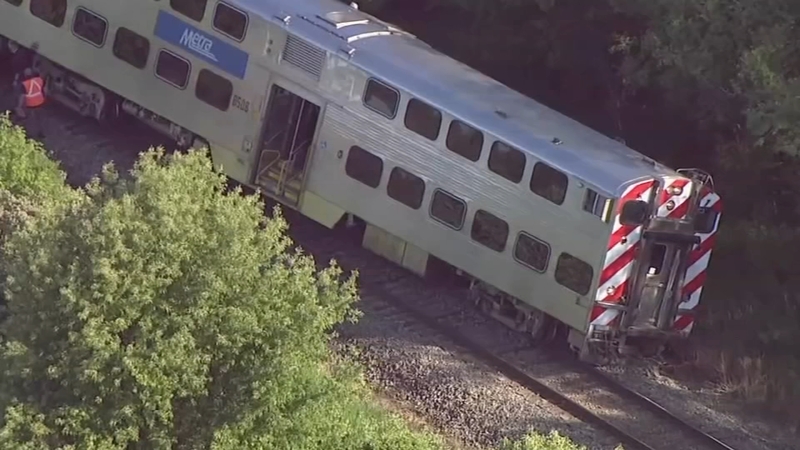 HAINSEVILLE, Ill. (WLS) -- A truck driver was killed when a Metra train on the Milwaukee District North Line partially derailed after it hit a dump truck Monday morning in north suburban Hainseville.

The train was on its way from Fox Lake to Union Station a little before 7 a.m. when it hit the dump truck, causing the train to partially derail.

The driver of the truck died from injuries from the crash, Metra said. Authorities have not released the identity of the driver.

A passenger onboard the train also suffered injuries that are not considered life threatening.

The crash occurred on a small, private road that crosses the tracks along Route 120 just west of Route 134 in Hainesville. The road is gravel, and leads to a shooting range. Authorities said a gravel truck was traversing that road apparently on the way to the shooting range when it stopped on the tracks.

The private road has no lights or gate. Since the road is on private property, Metra said by law, no lights nor gates are required. This crossing has only a warning signs.

According to data acquired by the ABC7 I-Team, in 2021 there were 124 collisions between trains and vehicles at crossings, 19 at private crossings or a little more than 15% of collisions.

Metra said at least 40 passengers were on the train at the time.

Metra said it will only be operating on the Milwaukee District North Line from Grayslake and Union Station in Chicago until further notice.

The Illinois State Police have dispatched an accident reconstruction team to investigate the scene.