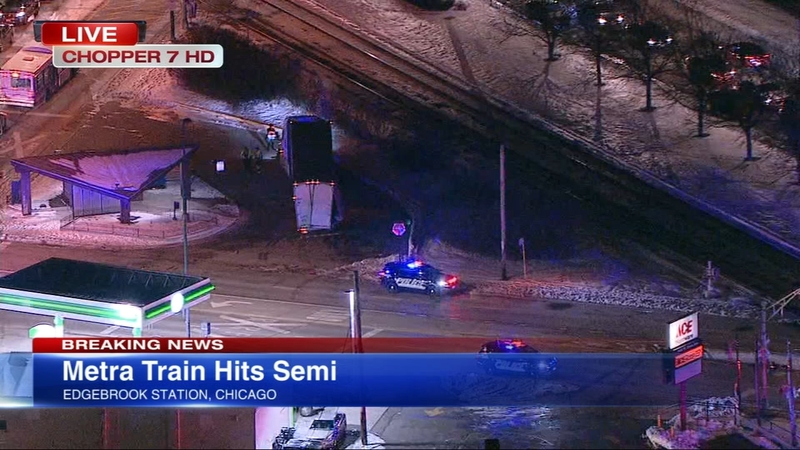 CHICAGO -- Metra Milwaukee District North trains are running nearly an hour behind schedule during the evening rush Tuesday after a train struck a semi truck in Edgebrook on the North Side.

The collision happened about 5:30 p.m. near the Edgebrook station at Caldwell Avenue, a Metra spokeswoman said. No injuries have been reported.

Inbound and outbound movement was stopped about 5:45 p.m. due to "a grade crossing accident," Metra said in a tweet.

The train that struck the semi is moving, and service is expected to be up to 55 minutes behind schedule, Metra said.