CHICAGO (WLS) -- You may have seen tacos al pastor around town in your favorite taqueria. But did you know that this Mexican tradition is a result of Lebanese immigration?

That's why shawarma looks awfully similar. Both are slow-roasted on vertical spits - like gyros. And a new taqueria in Logan Square is bringing together two chefs: one with Mexican roots, the other, from France.

Oliver Poilevey's late father, Jean-Claude, was known for iconic places here like Le Bouchon in Bucktown and La Sardine in the West Loop. The son took over for the father in Bucktown, and in a new collaboration with his friend nearby, the two chefs are combining Mexican and French cooking in a dynamic new taqueria.

The homemade tortillas are a given, if you're attempting to be a taqueria of any consequence. And at Taqueria Chingón, which is easy to pass as you're zooming down Western Avenue, the tortillas are just a small part of the story. The headline here is tacos al pastor.

"The Lebanese brought it to Mexico originally, and then the Mexicans adapted it for pork. We slice the pork, marinate it in an achiote marinade with orange juice, a bunch of chiles; cook it in a vertical spit. It's basically like shawarma but it's the Mexican version," said Oliver Poilevey, co-owner.

Typically topped by a small wedge of cooked pineapple, the tacos are finished with white onions, fresh cilantro and a squeeze of red, green or both salsas.

"Vegetarian pastor, we use celery root and portobello mushrooms which we confit in butter. We build it in like a staircase. I think it tastes just as good as the meat one if not better," he said.

Other tacos include a morcilla - that's blood sausage - an ingredient they use frequently at Le Bouchon.

"One day we had it as a taco and it was really, really good and so we brought it over here," Poilevey said.

Here, it's paired with pickled apples, red onions and a bracing salsa macha. Poilevey gets his pig's head from a Montreal farm, crisping it up on the plancha, serving it with a Mexican giardiniera and salsa for a new take on carnitas. They also have exquisite mushroom quesadillas built within blue corn masa, including two cheeses: Oaxacan string and crumbled cotija. Gild the lily with some shaved black truffles for extra earthiness.

Ceviche contains fresh octopus, shrimp and a shmear of avocado, served on a crisp tostada with pickled red onions, while a vegetarian bowl of corn and cactus is downright comforting.

Sweets include homemade horchata flan, with hints of rice, almond and cinnamon, plus hot churros, made from choux pastry, tossed in cinnamon-sugar and served with a crme anglaise.

"We try to think of an ingredient - what they go well with," he said. 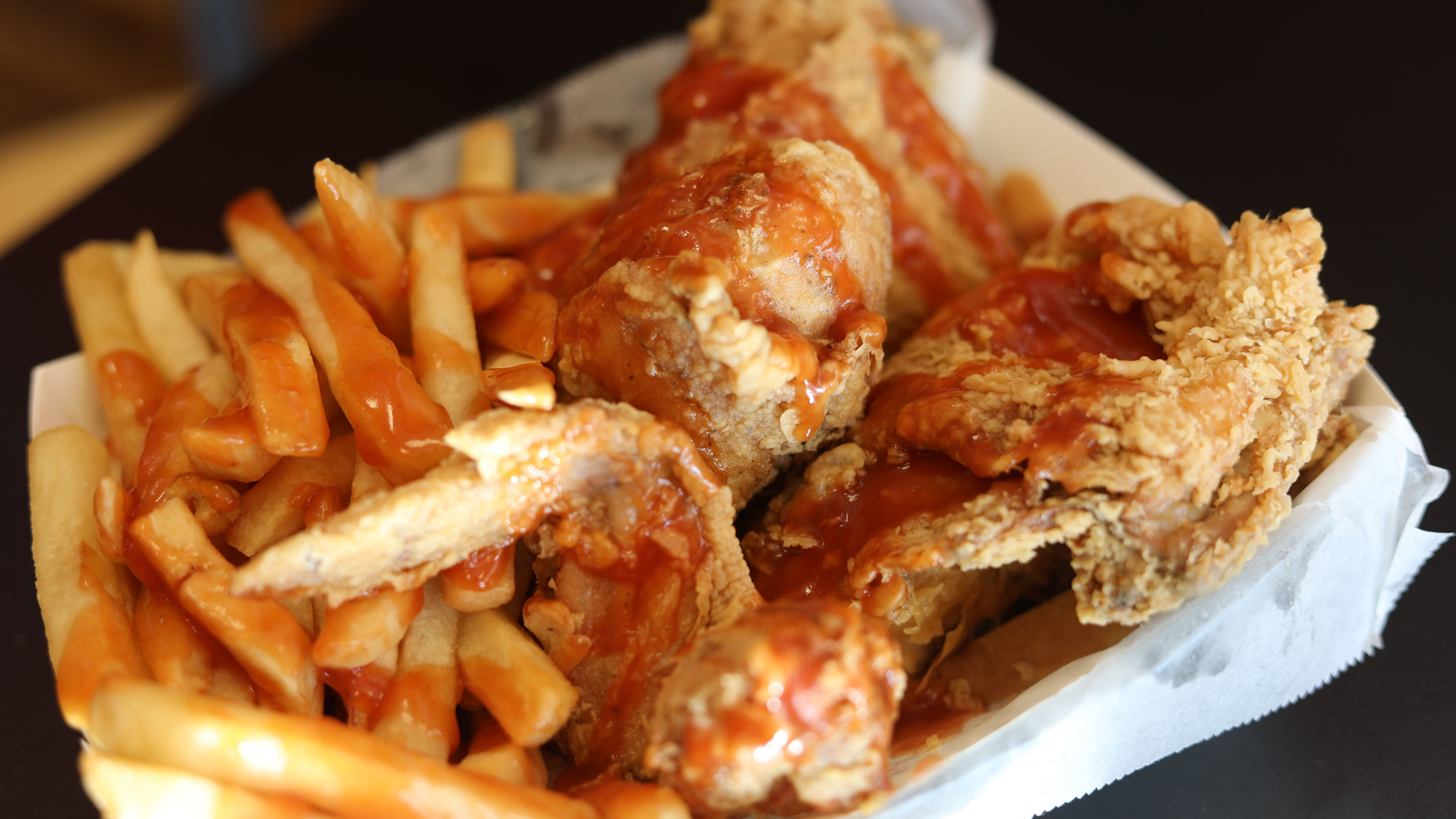