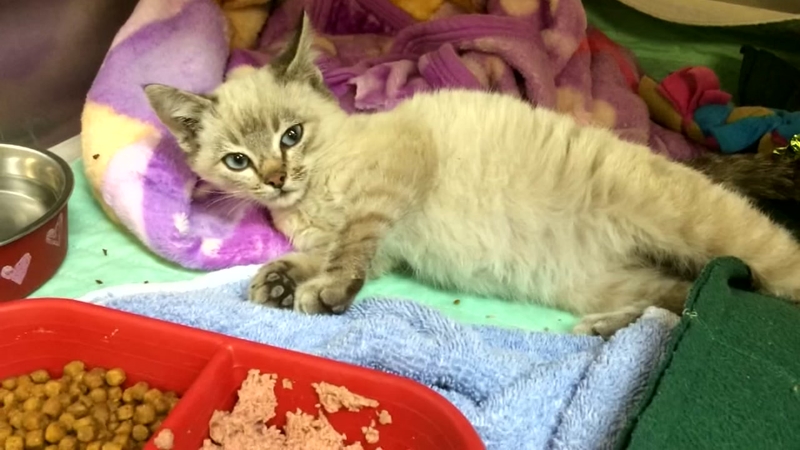 MEMPHIS. Tenn. -- He might only be a few weeks old, but one kitten has already been through more than his fair share.

Staff at the Park Avenue Animal Hospital in Memphis says Michael Quander, a delivery driver, heard a faint meow in the back of his truck. When he went to investigate, he discovered the kitten had been shrink-wrapped to the top of a package.

The driver immediately cut the kitten out and took him to the vet to get checked out.

Professionals estimated the kitten now named Joey to be between 5- and 7-weeks-old. He had likely been without food and water for close to a week.

It's believed that he got stuck to the package at a facility in Chicago, but he was found in Memphis.