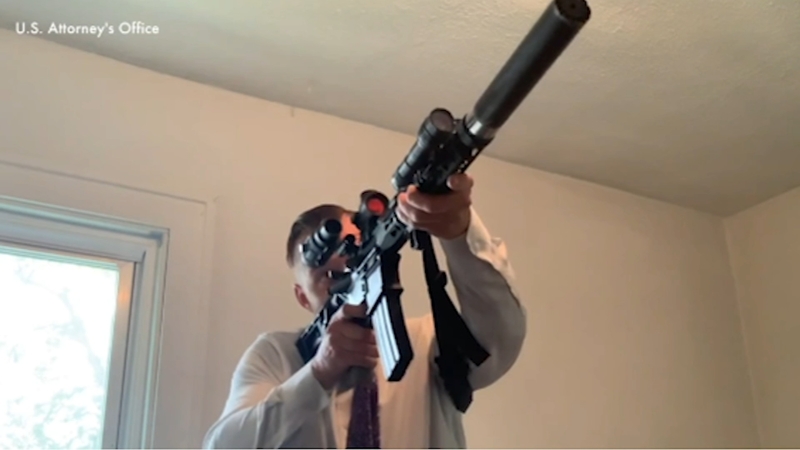 CHICAGO (WLS) -- A militia force charged with plotting to attack Michigan Governor Gretchen Whitmer was armed to the teeth, according to new records obtained Wednesday by the ABC7 I-Team.

The six men facing federal kidnapping conspiracy charges had thousands of rounds of ammunition and hundreds of guns, extended magazines, silencers, explosives and artillery shells investigators say they found and seized last October, before an attack could take place.


For the first time a detailed description of the munition stockpile is known, after U.S. prosecutors included the information in a new, 18-page filing in the Western District of Michigan.

The arsenal that was allegedly on hand for an assault on Governor Whitmer and her family at their lakeside vacation home last year included 1916 rounds of ammunition for pistols, rifles and shotguns along with an unspecified amount of ammo in boxes, bags and cans. Various silencers and muzzle flash suppressors were seized according to the "Bill of Particulars" filed by federal prosecutors who are seeking forfeiture of the arsenal. The records also reveal multiple magazines, speed-loaders and bomb-making equipment.

According to an FBI affidavit, there was a secret planning meeting in Dublin, Ohio, last June, when a group of Michigan-based militia members discussed overthrowing state governments "that they believed were violating the US Constitution."


"Several members talked about murdering 'tyrants' or 'taking' a sitting governor," and in one video a suspect criticized Michigan's role in deciding when to reopen gyms during the coronavirus lockdown.

Videos allegedly taken by the group show training for a commando-style assault with weapons that appear similar to those described in the new court records.